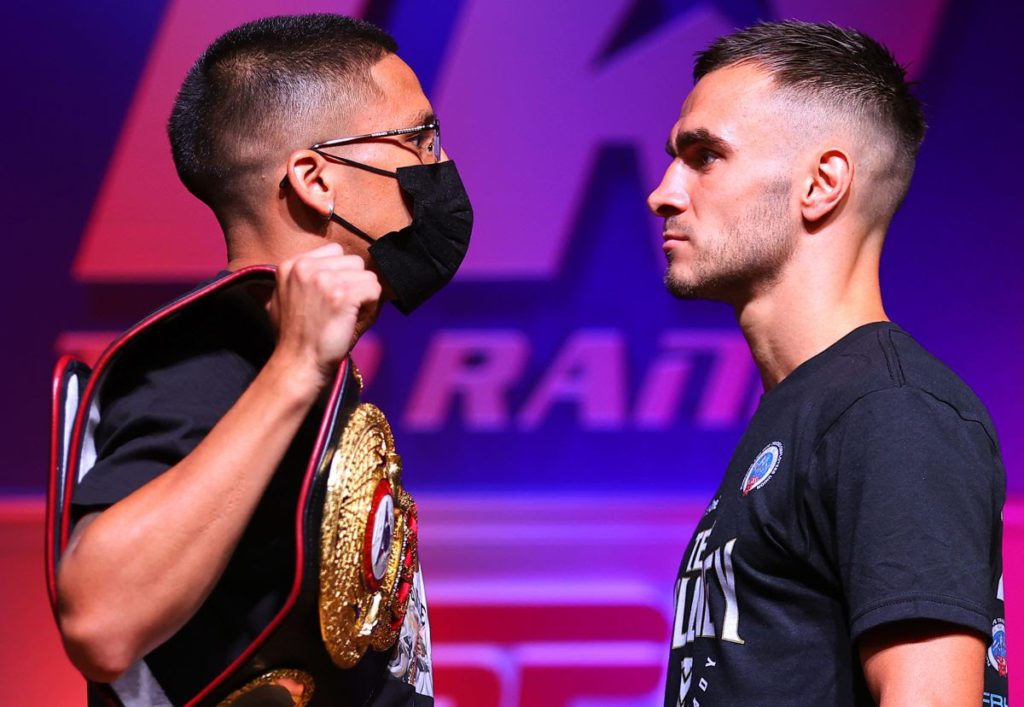 Joshua Franco and Andrew Moloney look to settle the score as they meet for their trilogy fight Saturday night for the WBA Super Flyweight Title from the Hard Rock Hotel and Casino in Tulsa, Oklahoma.

Check out our latest Big Fight Weekend Podcast, as we spoke to Crystina Poncher, who will be on the ESPN+ call and the International feed for ESPN in a history-making event and more.

Both fighters spoke at the final press conference, and the Australian Moloney opened up on what he mentioned on the previous media call this week, watching his 1st fight defeat over 10,000 hours.

“I don’t know why; maybe I like to torture myself. I feel that loss well, not a loss. They took the title away from me last time, no doubt about that. That’s made me so determined, and watching that gives me motivation for this fight,” Moloney said at the final press conference Thursday.

“Playing over and over in my head for the last nine months and every day that’s pushed me to train harder and get more out of myself.”

The contest is for the WBA “regular” super flyweight title, and to catch you all up on how we got, here’s what happened:

Their first fight took place during the pandemic in one of the early “bubble shows” last June, and Franco won the fight upset by unanimous decision. The rematch took place that following November. What we got instead was a controversial no contest as the Nevada State Athletic Commission took over half an hour to reverse what was considered a victory for Moloney in the 2nd round into what was ruled a clash of heads.

Franco comes into this as the champ despite the result of the second fight is out to prove that the 1st win wasn’t a fluke.

“I came here to make a statement, and that’s what I plan on doing Saturday night,” Franco said.

“Nothing too specific. You know that is just the way he is. He just cries and cries and cries. He’s a crybaby to me, but like I said, I’m here to make a statement Saturday night, ” Franco said when asked about what irked him about Moloney and the trash talk.

Franco looks to silence the challenger Moloney and the oddsmakers, who have him as an almost 3 to 1 underdog against Moloney to retain Saturday night. Win or lose, here’s hoping we don’t get another draw or slow, plodding tape review.