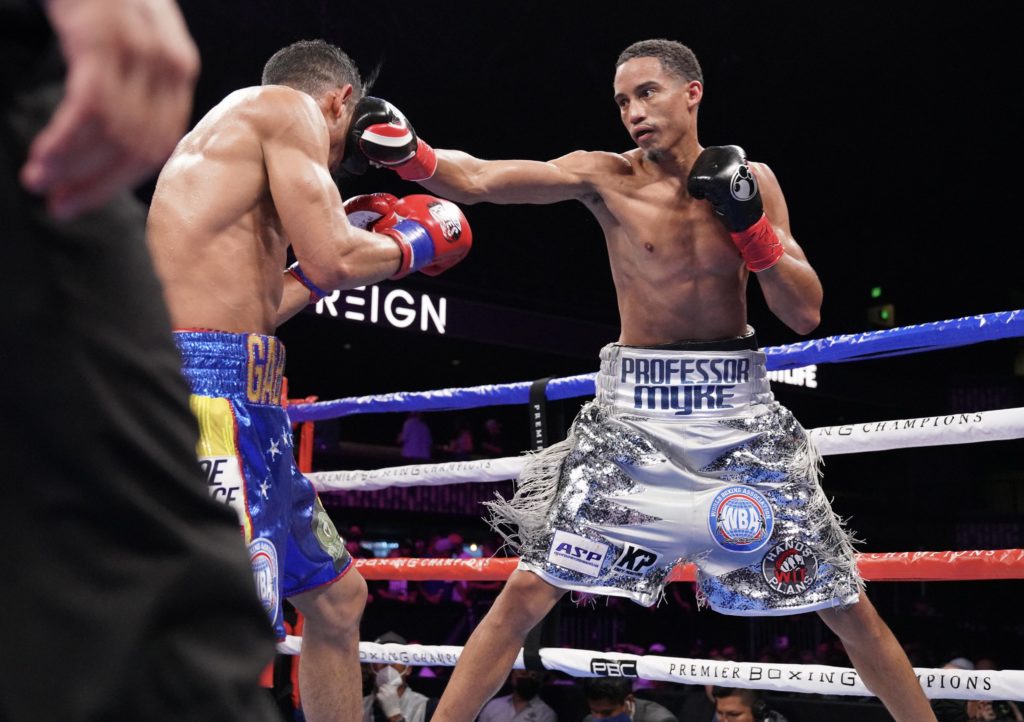 #MaestreFox The World Boxing Association (WBA) has declared the Interim Welterweight Title vacant after the controversial decision of August 7 in Minnesota in the fight between Gabriel Maestre and Mykal Fox.

“The World Boxing Association (WBA) has declared the Interim Welterweight Title vacant after the controversial decision of August 7 in Minnesota in the fight between Gabriel Maestre and Mykal Fox. In addition, the organization will respectfully request the Minnesota Commission to declare the bout a “No Contest” the WBA said in their official statement.

“At the end of the Fox and Maestre fight, the WBA Officials Committee evaluated the fight. For that reason, and in pursuant to rule C26, the WBA ordered a direct rematch and granted the parties 60 days to make the fight. In case there is a Purse Bid, the split will 50% for each boxer. In addition, the WBA will not approve any fight o special permission to the contenders before the direct rematch takes place.”

This came on the heels of WBA president Giberto Mendoza telling ESPN and Yahoo Sports in separate interviews that Wednesday that the organization was reviewing the decision and also going ahead and suspending judge Gloria Martinez for her comically bad 117-110 card.

As our Marquis Johns wrote, on Saturday in Minneapolis the Maryland-native Fox was taking on the former Venezuelan amateur star Maestre, who was fighting in the USA for the first time ever in the 12 round contest shown nationally on Fox Sports. He wrote in part,

Fox made the most of it, outboxing him in what should have been a pretty clean-cut victory for the American. That was until the judge’s scorecards were read out by Judges John Mariano (115-112), Gloria Martinez Rizzo (117-110), and David Singh (114-113), all in favor of Maestre.

Let me stress how miserably bad these scorecards were…

“I was stunned by the decision,” said Fox. “There’s no way he won more rounds than me. I knocked him down. I hurt him. I don’t know what else I was supposed to do. I don’t know what the judges were looking at. Look at his face and tell me he won that fight.”

I’m legit more concerned about the results of bad decisions that have ruined careers without any recourse from it. It’s troubling, and with last night’s blatant ruling in front of those in attendance and those who saw it on broadcast television, it shows that the just acceptance of this is even worse.

Look, I’m not here asking for robots and more replay tape in this. I’m just asking for accountability in judging to justify these horrendous scorecards. Otherwise, a sport with real lives at risk is in the hands of those who have predetermined scorecards and results.

The WBA also confirmed that they have dealt with Ramirez saying,

“(The WBA) expresses its rejection of any act of intolerance against others, which includes racism, as stated in Article 9.01 of our Code of Ethics: “To oppose and counteract discrimination on the grounds of race, nationality, religion, social status.” For that reason, the WBA has suspended judge Gloria Martinez indefinitely.”

Mendoza met with Ramirez in Miami on Thursday and it’s likely that she will be permanently banned for her conduct.

As for invalidating the actual decision Saturday, that will get tricky for the Minnesota governing body. Fox has appealed and asked for the review, but there would have to be concrete proof of a “decision fix,” as opposed to just incompetent scoring. That obviously isn’t something the WBA will help them with getting.

They told ESPN in a Wednesday night email that it would be up to the WBA to take action, which they obviously have by declaring their secondary belt “vacant” and ordering the rematch.

Fox deserves that rematch, at the very least. Now, whether it actually happens is another matter.