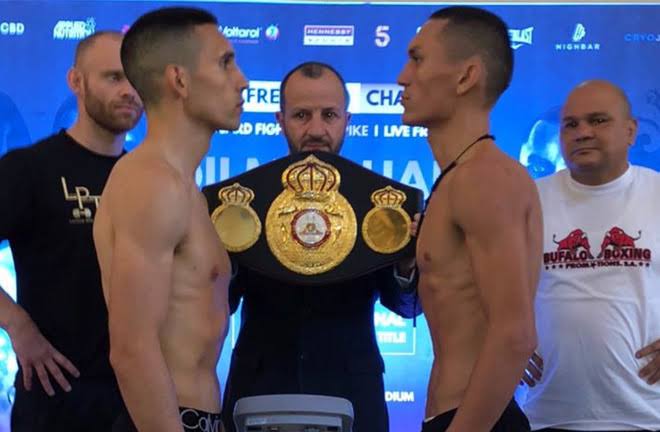 Francisco Fonseca back in action against Osejo

Fonseca vs Osejo will be the headline fight on Nicaraguas, Buffalo Boxing Promotions event.

Fonseca was arguably unlucky to not walk away with the IBO World super featherweight title, as he fought Alex Dilmaghini to a draw in the United Kingdom. Since then Fonseca has been one of the few to accept the challenge of future star Ryan Garcia in a fight that took place above his natural 130-pound weight class. Fonseca has also Challenged IBF World Champion Tevin Farmer in a close hard-fought fight at his natural weight of 130lbs. He learned and greatly improved since his previous IBF title fight with 2-pound overweight Gervonta Davis.

“Fonseca has really put in the hard work in training, I have no doubt this will be the fight of the night of Buffalo Boxing promotions S.A.

You will see a new and rejuvenated Fonseca and we plan to finish the fight early and in style”.

“I have trained day and night, I cant wait to get back in the ring and show my people of Nicaragua what I can do. I’m very lucky to have such a good team around me with Buffalo Boxing, Ruth and Rosendo, and Dragon Fire Boxings Tony Tolj.

I’m ready for all the top contenders like Carl Frampton, Felix Verdejo and we will be ready for any of the World Champions, Berchelt, Diaz, Herring, Alvarado. I will discuss with Tony and we will plan.”

He said, “I’m very happy that Fonseca will be back in the ring on August 8 in Nicaragua. It will be on a Buffalo Boxing Promotion and they have been a mainstay promotion in the region for close to two decades now. He will box in front of millions on national television, so this is a really good opportunity for him against a good opponent.

“The plan is to continue to develop Fonseca into a position where the right opportunities will come. Rosendo Alvarez and I will then analyze the next move for him but our goal, for now, is to continue to build Fonseca’s profile prior to getting him big opportunities all over the world. I have a lot of belief in Francisco and the team and I believe the sky’s the limit for Fonseca.”

Underwhelming TV audience for Matchroom “Fight Camp” debut
Carroll not taking Hughes bout lightly
Advertisement
To Top
We use cookies to ensure that we give you the best experience on our website. If you continue to use this site we will assume that you are happy with it.OkPrivacy policy