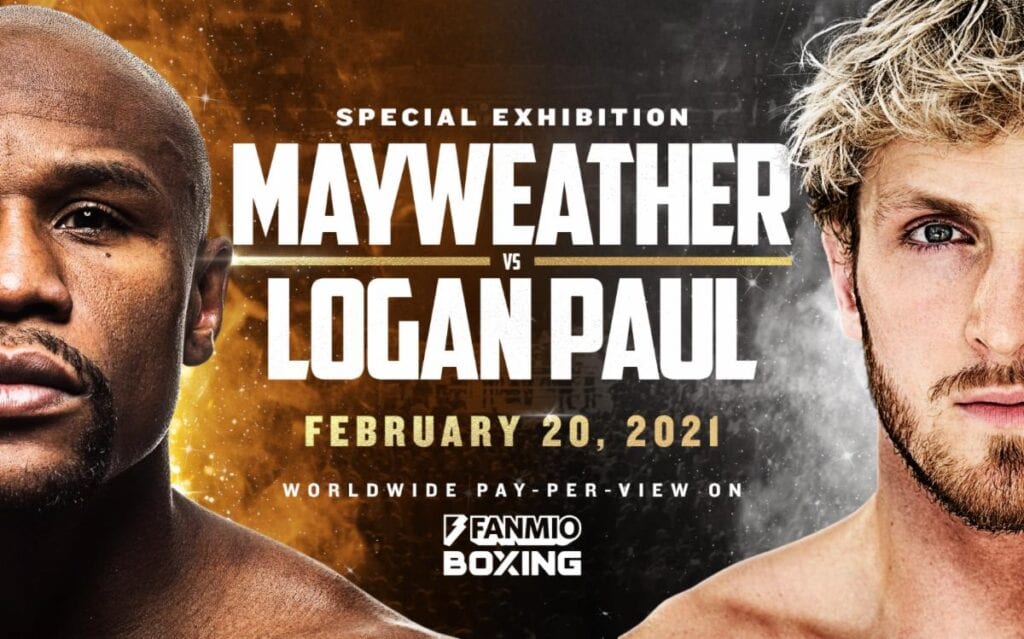 Mayweather announced Sunday night via social media that he will fight an exhibition in February against YouTube personality, Logan Paul,

Mayweather, who has not been in the ring in an official fight, since he defeated UFC star Conor McGregor by decision in August of 2017, is obviously looking to capitalize on the attention that Tyson and Jones brought to themselves and back to boxing with their event in Los Angeles.

Despite the California State Athletic Commission and the WBC repeatedly telling anyone who would listen, that the fight was an exhibition that would have no official judging or winner, Tyson and Jones still danced around and put it on a good show for their eight, two minute rounds of exhibition.

The pay-per-view on the brand new Triller app was an apparent success for the startup. However, there is yet to be independent confirmation of any of the actual audience numbers who paid the $59.99 for broadcast. There have been media reports without citing any source that Tyson-Jones had over 1 million buys.

Still, Mayweather and his promotional people obviously saw the amount of mainstream media coverage that Tyson and Jones got in the weeks and days leading up to the bout and understand that he may be able to capitalize even more so. This is, because Mayweather is 43 years old, whereas Jones and Tyson were both in their 50s at the time of their bout.

Mayweather, who retired with a 50-0 record is five division World Champ with previous career wins over the likes of Arturo Gatti, Oscar De La Hoya, Miguel Cotto, Canelo Alvarez and Manny Pacquiao. Mayweather was voted “Fighter of the Decade” for the 2010’s by the Boxing Writers Association of America late last year.

As for Paul, he has been in the boxing ring before fighting as part of Matchroom Boxing card in Los Angeles in November of 2019. That’s when he fought in a six-three minute rounds, sanctioned Crusierweight fight against fellow British, YouTube personality KSI. KSI won the split decision with actual California judges scoring the bout.

Paul’s brother Jake, who is a former actor on the Disney Channel, just fought on the undercard of Tyson Jones. And, cold-cocked former NBA Slam Dunk champion Nate Robinson with a right hand for a one punch knockout in the third round.

It is believed that there will be no restrictions on Mayweather and Logan Paul attempting to hit and hurt each other over the course of this exhibition. However, no one knows that for sure, and we will learn more in the coming days and weeks about length of rounds, length of fight and what other stipulations may be there?

An interesting marketing play on behalf of the proposed Mayweather-Paul fight was that in conjunction with the initial announcement, details have already emerged on how to buy the pay-per-view through the new Fammio website and app.

And, Mayweather Promotions and the app already offered an initial discount of $24.99 for anyone buying the pay-per-view immediately with a sliding rise in the price over the next 30-60 days, etcetera.

Tactically, it’s a smart move but the public must also be aware but there is a possibility that this could all get delayed or canceled while Fanmio has your money nearly three months before the scheduled fight.