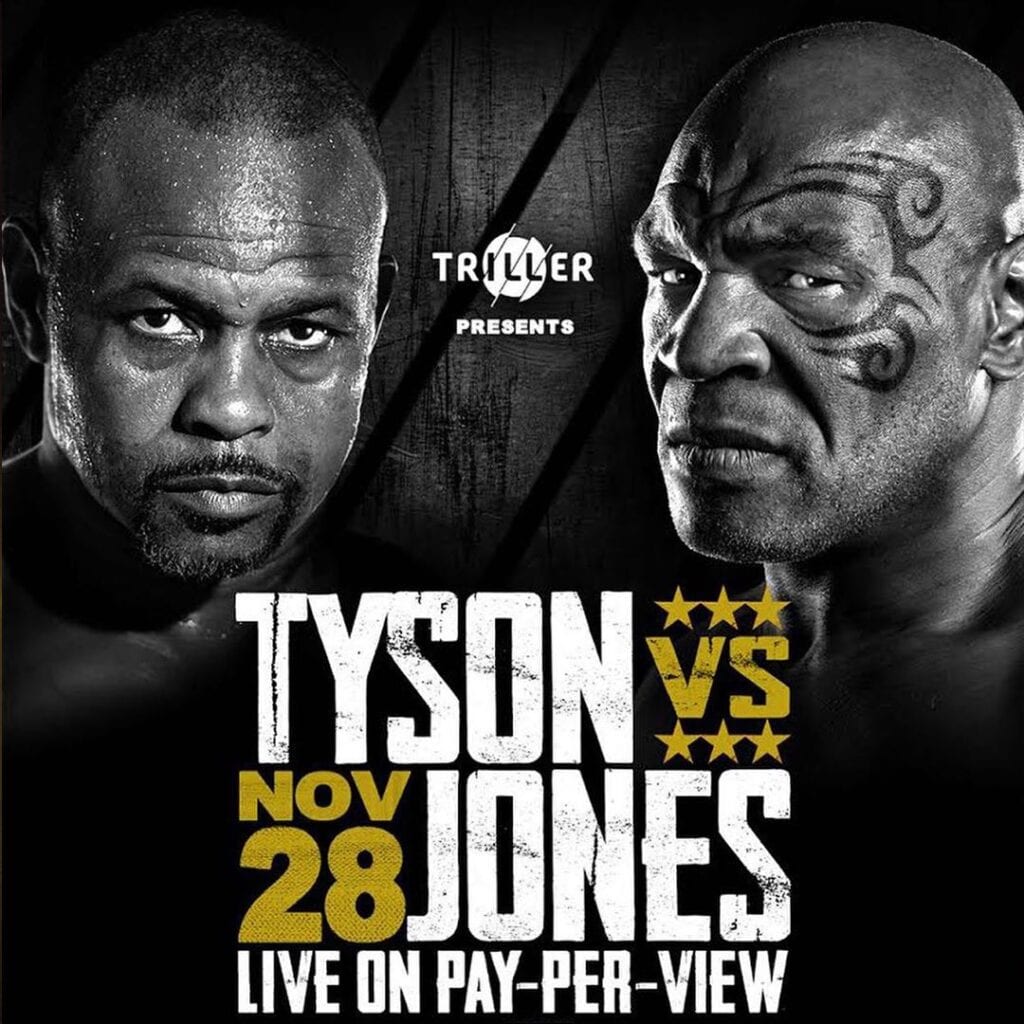 The November exhibition between legends Mike Tyson and Roy Jones Jr. will apparently stay in Southern California, but move to a new venue.

Boxing Insider Dan Rafael was the first to report Thursday afternoon that Staples Center in downtown L.A. (without fans) is the new location of the scheduled eight round exhibition,

The fighters later held a video press conference Thursday to further discuss their upcoming eight round bout that will headline a PPV card on the new Triller app,

It was initially announced that the Tyson and Jones would meet in September. with extra protective 12 oz. gloves, but without out head gear and to be at the Dignity Healthy Sports Complex in Carson, CA in late September.

Further, California Athletic Commission Executive Director, Andy Foster, confirmed the sanctioning of the exhibition, but that there would extensive safety precautions taken and basically, alluded to Tyson and Jones not being able to significantly hurt each other as part of the “fight” agreement.

It will now move to the popular downtown home of the Lakers, the Clippers and the L.A. Kings. It’s also a site where multiple huge title fights have been held in recent years, including the Errol Spence-Shawn Porter World Welterweight PPV in September of 2019.

We wrote earlier this week, the status of the exhibition is still in question for financial reasons. A source familiar with the exhibition TV talks had told Big Fight Weekend in late August that one of the biggest concerns about putting it on with the 54 year old former Undisputed Heavyweight Champ, Tyson, and the 51 year old former three division World Champ, Jones, on Pay-Per-View, was that without any fans for live gate revenue it stood to lose significant money.

So, the bout was pushed back to November 28th to “buy time” to see if some fans could attend, etc. Otherwise, all involved might reconsider and walk away from the exhibition altogether.

That’s exactly what Premier Boxing Champions and Showtime did with moving Saturday night’s Gervonta Davis-Leo Santa Cruz World Lightweight Title PPV from the “PBC bubble” in the Mohegan Sun Casiino in Connecticut to the Alamodome in San Antonio, TX.

Apparently, the organizers and the legendary fighters are still, at this time, going to move forward with the fight at the end of next month without fans and with the PPV being the sole revenue stream.

Dereck Chisora Chides Eddie Hearn- “You Sold Your Soul to Russians”
Can Jason Moloney Withstand “The Monster?”
Advertisement
To Top