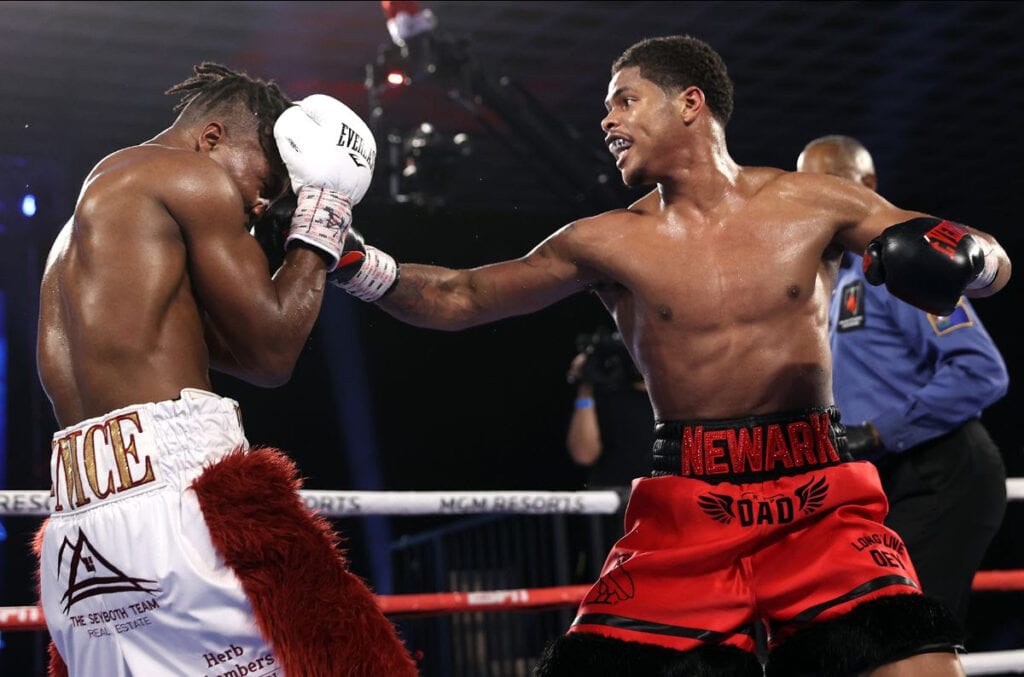 The main event to close out “The Bubble” in Las Vegas saw Shakur Stevenson dominate Toka Khan Clary in a one-sided affair to close out the broadcast from the MGM Grand in Las Vegas, Nevada on ESPN.

Stevenson (15-0, 8 KOs), the WBO No. 1 junior lightweight contender, has a title shot on his brain, but he nonetheless laid a Clary beating (28-3, 19 KOs). The scorecards — 100-90 across the board — were a formality in a contest that was pretty much Stevenson dominated from the opening bell.

It wasn’t the most entertaining television in the ring, but what Stevenson could do throughout the ten rounds was hit and not get hit. So much so, Clary had thrown more punches in the fight but only landed a poultry 9 percent of his shots based on the stats from Compubox.

.@ShakurStevenson is as sharp as ever tonight.

Up next, if he gets his wish, is a shot at the WBO junior lightweight world title.

“He knew how to survive. He came in there to survive, and that’s what he did,” Stevenson said about Clary after the fight. “I want the WBO belt first. The winner of {Carl} Frampton and {Jamel} Herring have to come to see me. After that, we want {WBC world champion Miguel} Berchelt.”

Stevenson calling out the Herring-Frampton matchup winner is one of the big-name fights he wanted for a while and was one of the talking points leading into the fight.  Herring was asked about that fight by a fan out of Ireland named Colin, and Herring did provide an update.

“We’re looking at Early 2021,” Herring said via Twitter.” We’re both in training camp

We’re looking at EARLY 2021. We’re both in training camp

Stevenson is going to be waiting for a moment if he is waiting on that fight first or for the Berchelt matchup with Oscar Valdez for a chance at either one of those titles. For tonight, however, he put on a clinic against CLary who had no answer for him tonight to close out the last Top Rank Show for 2020..”