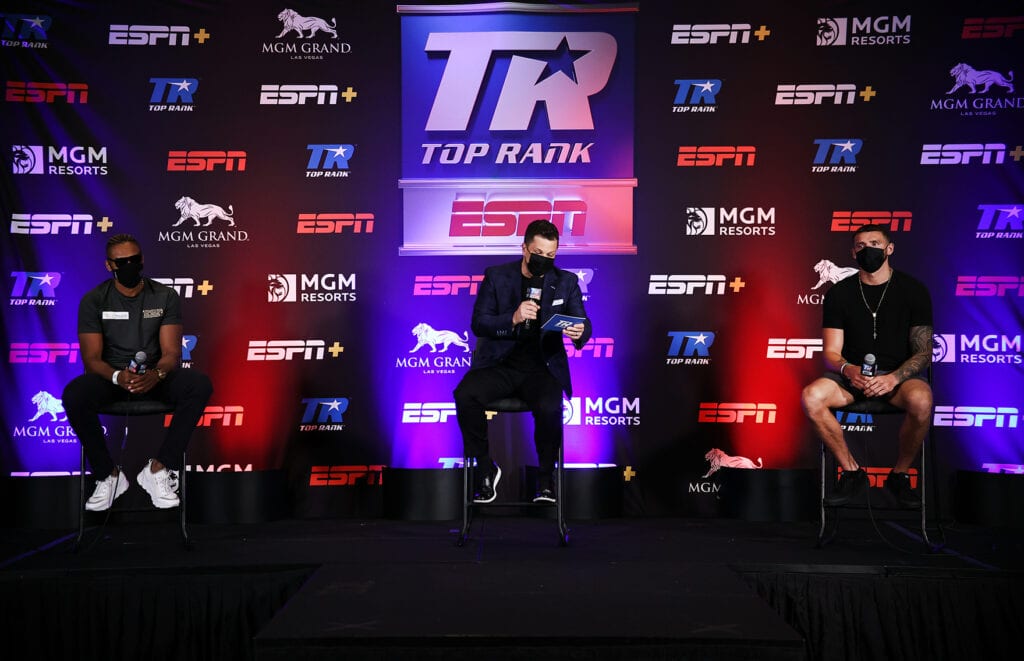 Saturday night on ESPN+,  Eleider Alvarez takes on Joe Smith Jr. in a WBO light heavyweight title eliminator that should provide fireworks as Top Rank Boxing is back in “The Bubble” in Las Vegas.

The contest is the quintessential crossroads fight for both fighters. Alvarez (25-1, 13 KOs), who was once champion back in 2018 when he knocked out Sergey Kovalev, spoke at Thursday’s press conference and was looking to get back that same belt he lost to Kovalev a year later.

Seals is coming off a win over Marcus Seals earlier this year where he ended the contest with a knockout of the year candidate.

Feels like forever ago (because 2020), but this @stormalvarez January stunner is still a leading KO of the Year candidate. ? pic.twitter.com/THUSjrRc2o

In his way of that feat is Joe Smith Jr (25-3.20 KOs),  who comes into this contest off the heels of an upset victory against Jessie Hart back in January. For Smith, playing the role of spoiler has became his calling card.

“Being the underdog, I always feel like I have something to prove. I don’t mind it,” Smith Jr. said at Thursday’s press conference. “I like getting in there and proving the world that I belong at the top and should be a champion.

“This is the number one priority right now for me. I’m just focused on getting this win Saturday night, so I trained very hard. I’m well prepared. As far as the tree business is going {Smith and his father own and operate Team Smith Tree Service on Long Island}, it’s definitely doing well. Due to the storms, we picked up some work.

It was a little slow for some time because of the COVID 19, but it definitely has picked up. My father’s out there every day. He’s doing all the estimates. He’s running the business. I just pop in here and there. I haven’t been doing much with the business. I’ve just been focused on this.

Smith also is hoping to get back into getting a chance for the title as he came up short in his last attemt back in 2019 to current champion Dmitry Bivol. Fights like these when two guys are on the same quest in their career usually steal the show and I expect this on eto Saturday night.