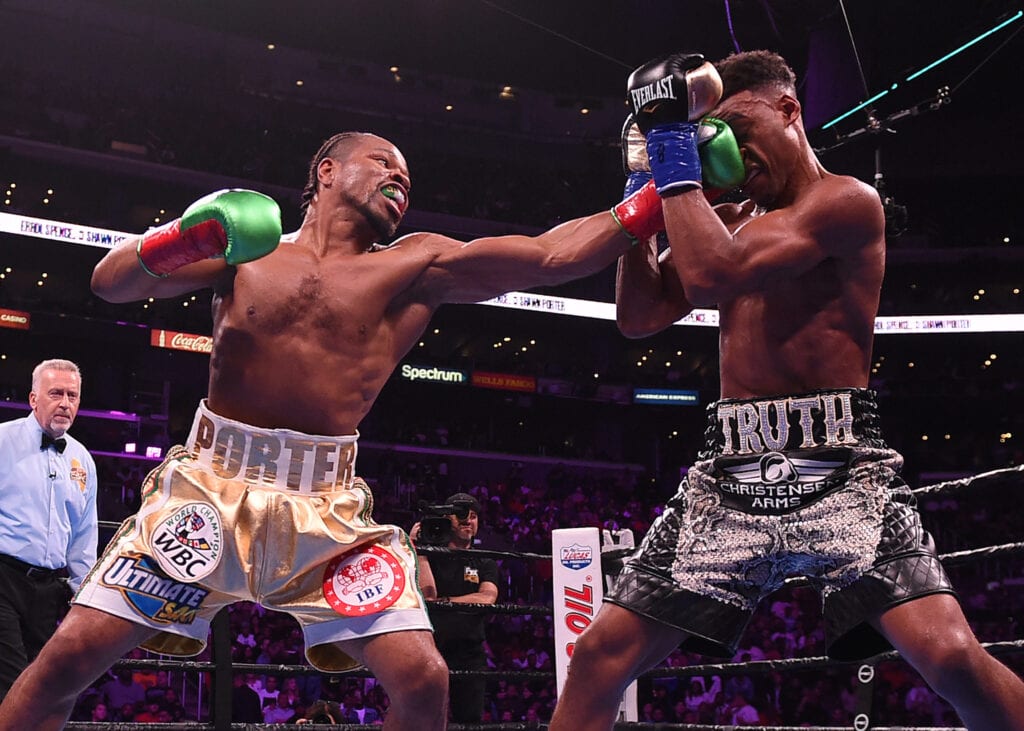 Shawn Porter- ‘Plan is to get back into World Title fight’

Former world champion Shawn Porter is back in action this Saturday night, as he headlines the latest Premier Boxing Champions on Fox when he challenges Sebastian Formella.

For Porter, the goal is simple and to change that “former” titleholder status and get back to challenge for a title again.

“The plan is to get back into a world title fight,” Porter said speaking to the media on Thursday.” I don’t know exactly when that plan will come together, but I’ll be ready. I’m keeping my eye on the Errol Spence, Jr. vs. Danny Garcia fight as a potential future opponent, but also as a fan of the sport.

We all saw Porter last in action last September where he was edged out by split decision to Errol Spence Jr. Since then, he’s been training for Formella, and has not taken him likely.

“I’m different from most fighters. It’s a trend in boxing where fighters look past opponents, but I learned a long time ago that you have to focus on what’s in front of you and make the most of it. In my dad’s mind, we did even more for this fight than we did in getting prepared for Errol Spence, Jr.,” Porter said.

“One thing we really worked on in this fight, without even knowing we were facing Formella, is our power. We did our strength program longer than we normally would and I know that the power is going to show up on Saturday night.”

The contest for Porter is an WBC/IBF title eliminator, which would help clmb Porter back into the title picture of both belts currently in the hands of Spence. Until that comes to fruition, he has to get past Formella, who many have not known put is currently the IBO champion at 147. Win,lose or draw for Formella against Porter Saturday night, he heads back to Germany with that IBO strap.

While most may not have seen Formella in action , Porter has and was able to get tape on him.

“I have friends in Germany who were able to give me information on Formella. We got all the tape and the information needed. We knew who he was training with and when he came to the U.S. I’ve done everything I need to do to be ready for this fighter,” Porter stated.

We’ll see what he has gathered and will put into play as he closes out the show Saturday night on Fox.