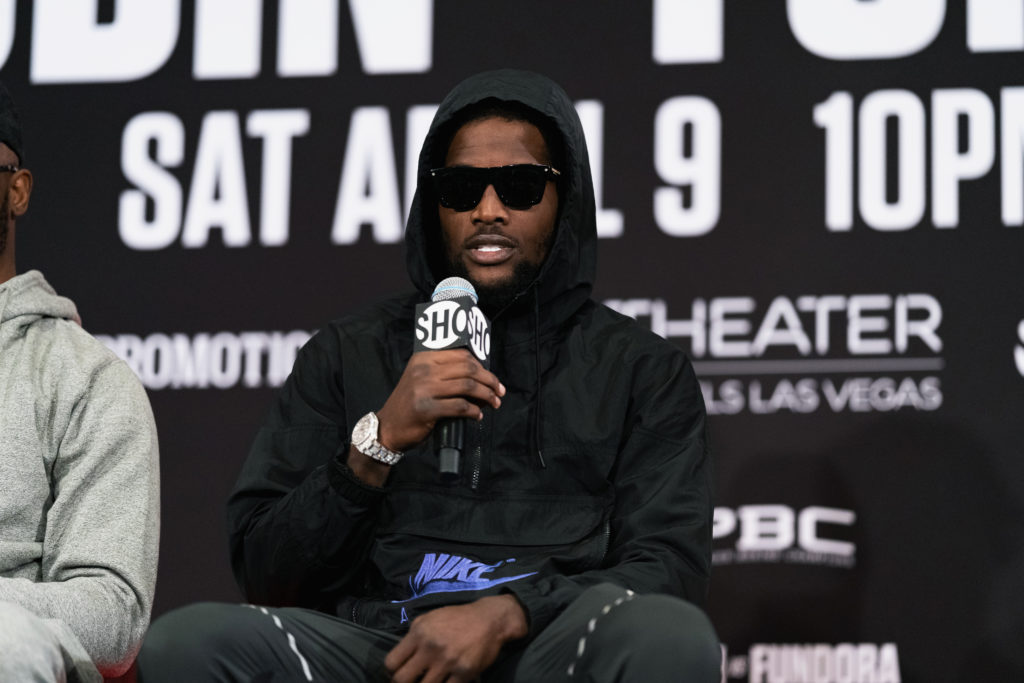 Erickson Lubin- Fundora’s “Height Doesn’t Mean Much To Me”

It’s a battle of Jr. Middleweight contenders Saturday night, as Erickson “Hammer” Lubin and Sebastian “The Towering Inferno” Fundora square off for the Interim WBC 154 lb. Title  Saturday Night on Showtime Premium service. And, the veteran Lubin made clear Thursday afternoon in Vegas that the unusual 6’6″ height that the Jr. Middleweight Fundora has won’t be that much of a concern for him.

“I fought in my 15th fight someone who was a couple inches shorter than Fundora. I’ve been in the ring with all types of people. I spar guys who are near Fundora’s height, including Jamontay Clark, who came into camp with me. The height doesn’t mean much to me,” Lubin told the media.

“I have dynamite in both hands. I believe that I’m capable of blasting out everyone I’m in the ring with. I’m here to win. Saturday night is about continuing our legacy. I’m here to make a statement and dominate.”

The 26 year old Lubin is the most formidable opponent for Fundora to date. And, Lubin is on a six fight win streak that came after his shocking first round KO loss against Jermell Charlo for the WBC World Championship in October 2017. That includes, a Lubin TKO victory over former 154 lb. world champ Jeison Rosario last June and also a decision win over veteran Terrell Gausha in the bout before that.

However, Fundora is the favorite with his unusual frame and reach for a Jr. Middleweight. And, the Californian, who has 12 KOs with his 18-0-1 record, has promised to live up to his nickname and deliver “heat,” when he steps into the ring Saturday night.

Fundora won an impressive 12 round decision over veteran Sergio Garcia in December, which has put him in this position to headline for Showtime/PBC Saturday night. It looks on paper to be a promising competitive battle between the two young fighters.

The Showtime / Premier Boxing Champions event from The Theater at Virgin Hotels Las Vegas will begin at 10 p.m. ET/7 p.m. PT.  And, it features former WBC 154 lb. world champion, Tony “Superbad” Harrison taking on the same Garcia that Fundora beat in his last bout, in the 10-round co-main event.