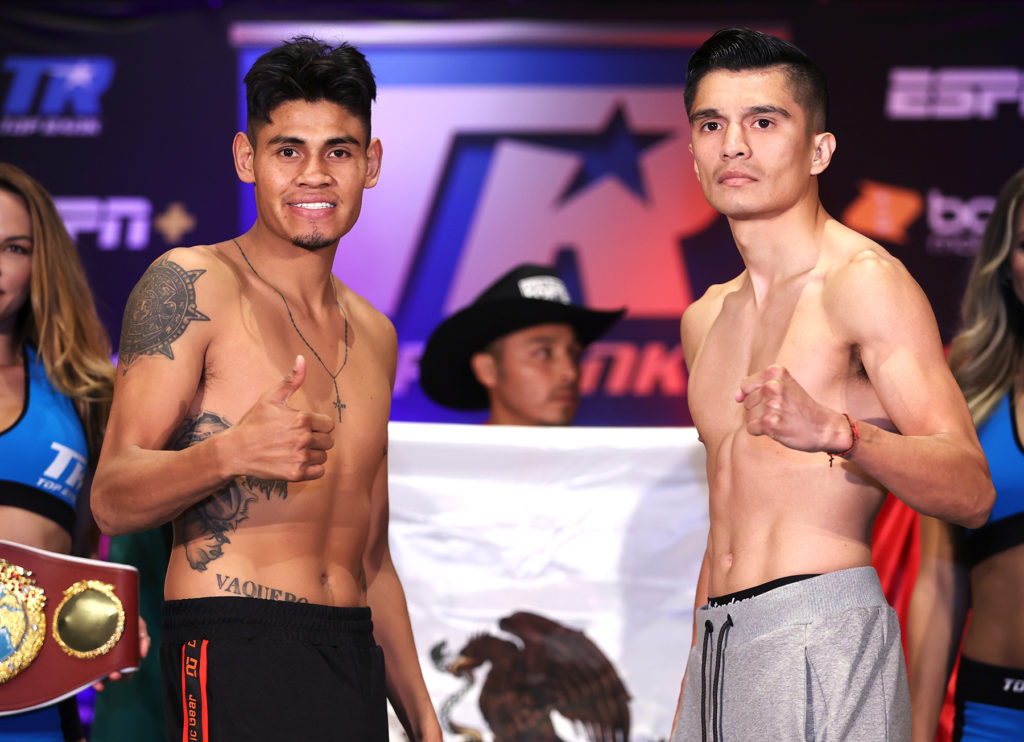 Navarrete (34-1, 29 KOs), one of the more active champions in the sport looks to make it a successful one as he aims to go 10-0 in title fights.

Check out our latest episode of the Big FIght Weekend Podcast where we preview this contest as well as look back on last week’s action from Las Vegas with TC Martin of “The TC Martin Show”.

The question that seem to be floating around Navarrete was the idea of moving up in weight. He weighed in at 125.8 lbs yesterday while Gonzalez (24-1, 14 KOs) came in at 125.4 for the contest. While Emanuel Navarrete had to get on the scale behind the Mexican flag, he made weight and isn’t leaving the division anytime soon.

“Moving up is not something that I’m considering now,” Navarrete said at the final presser Wednesday. I’m just focused on the fight with Joet. What I’ve heard is comments, but I’m not really thinking about moving up.”

“I think this is going to be a tough fight. He is a tough opponent. We are basically fighting in his hometown, closer to where he lives. Without a doubt, he’s a great fighter. He always comes forward. I expect a tough fight.”

Joet Gonzalez is looking to become a world champion in the second title shot and should be a lot more competitive than the last title shot where he was defeated by Shakur Stevenson back in 2019. Gonzalez himself has put that in the rearview and focused on Navarrete tonight.

Sometimes it’s just not your night. I work hard and train hard for every fight. I don’t take nobody lightly. It just simply wasn’t my night,” Gonzalez said about the fight with Stevenson. “I rebounded with a win over Marriaga, and I think I showed the public I’m here to fight the best out there.”

“It’s not an easy fight. It’s a tough fight. Navarrete has a style that’s very unique, very hard to figure out, and that’s why he’s a champion. I trained really hard, and I’m coming with everything. I’m planning on leaving Friday night with that belt.”

Asked on social media this week if anyone is giving Gonzalez a shot and the vast majority is backing up the nearly 5 to 1 favorite Navarrete is to retain against Gonzalez at most books. Styles make fights and I expect this one to be a lot more closely once the bell rings than many think.