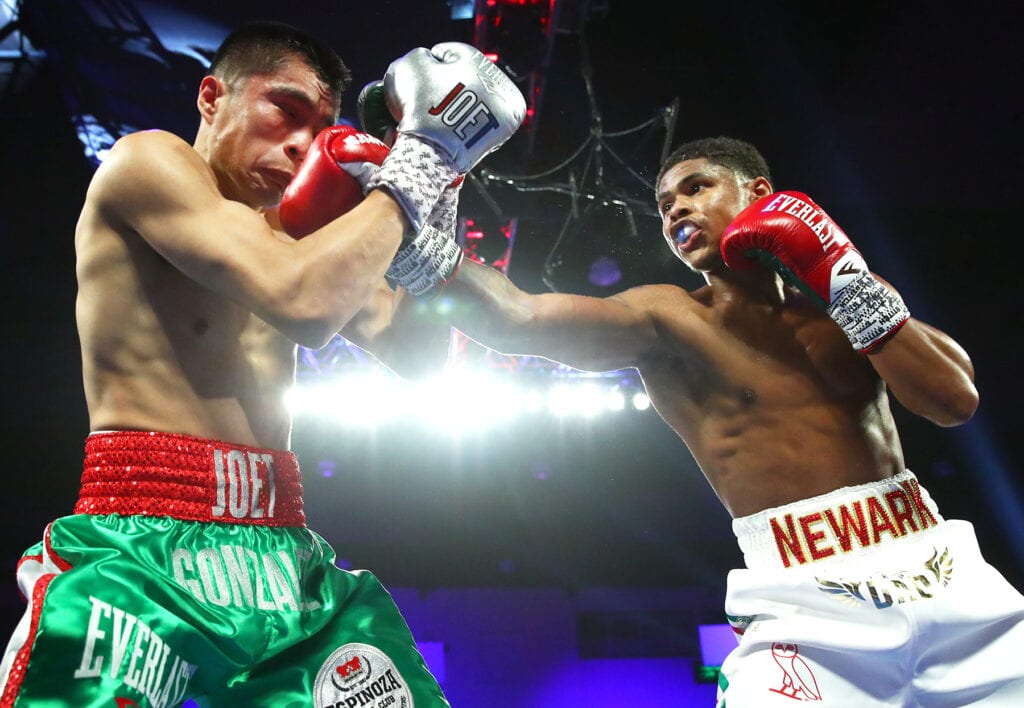 Shakur Stevenson Saturday night at the Reno-Sparks Convention Center put on a boxing clinic, defeating rival Joet Gonzalez to obtain the vacant WBO featherweight championship. The crowd of 2,828 fans present and everyone watching this main event on the streaming platform ESPN+ watching can tell you that what was built up as a bitter feud between the two, turned into a one-sided affair of impressive boxing for Stevenson.

The judges, after twelve rounds, all had the same scorecard of 119-109, which reflected the action in the ring.

The story of this fight was pretty simple. Stevenson used is superior ability, positioning, and footwork to hit and not get hit by Gonzalez, who had a hard time getting anything going or even to throw shots. At one point after two rounds, Gonzalez only had landed six punches. The only series that Gonzalez showed hope was the seventh when he was able to corner Stevenson and let his hand go for a brief moment.

Other than that, it was Stevenson firing one or two shots,  move out the way before Gonzalez can return fire and repeat for the majority of the thirty-six minutes in the ring.

Stevenson, after the fight, was excited about the victory.

Stevenson did give credit to Gonzalez after the fight for being a game opponent.

He made it look easy, and Stevenson became the first Team USA male fighter of the 2016 Rio Olympics to conquer a world title.

“This is a great feeling. One of the best feelings of my life,” said Stevenson. “I have a lot of respect for Joet. He is a great fighter. I have nothing against him. If he decides to be cool with me, I’ll be cool with him.”

Stevenson already knows what he wants the next challenge in his career to be.

“Josh Warrington! You are a champion, now I am a champion. Let’s do this! I want to unify titles.”

A match with Warrington seems to be the next thing in line for Stevenson. One thing for sure is at 126, Gonzalez was the No. 2 ranked opponent at WBO, and Stevenson in the ring was the better man in what some hoped was going to be a closer contest.