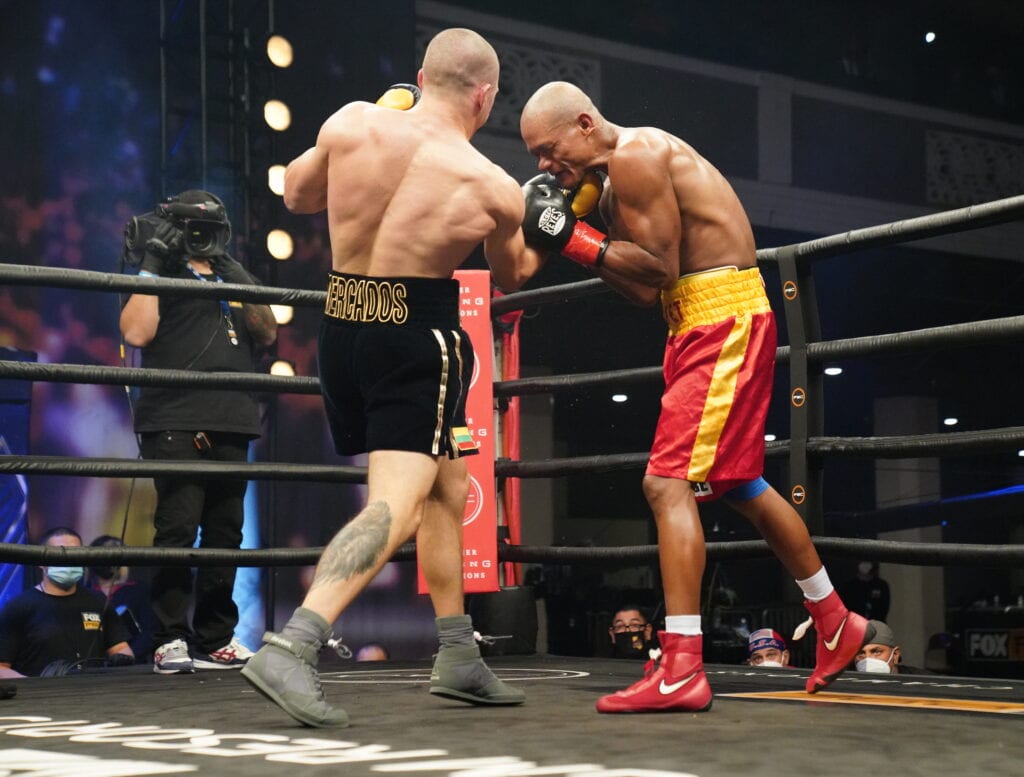 Undefeated rising welterweight Eimantas Stanionis continued his ascent up the 147-pound rankings Wednesday night with a ninth-round knockout of Colombia’s Janer Gonzalez in the main event of FS1 PBC Fight Night and on FOX Deportes from Shrine Auditorium and Expo Hall in Los Angeles.

Unexpectedly, Gonzalez buckled Stanionis momentarily with a right hand early in round six, but rather than let him enjoy the moment, Stanionis responded with a thudding series of left hooks to the liver that put him back in control. From the opening bell, Stanionis was clearly in control of this one pretty much like he was against Justin Deloach.

Two overhand rights and a big right uppercut put Gonzalez down for an eight-count late in round eight and a crushing right hand early in round nine dropped Gonzalez again, prompting Referee Jerry Cantu to wave off the fight at :45.

With the emphatic finish, 26-year-old Stanionis won his fourth straight fight by knockout. He threw 517 punches and landed 207 for an impressive connect percentage of 40%, according to CompuBox. In losing bravely, Gonzalez threw 456 punches and landed 100.