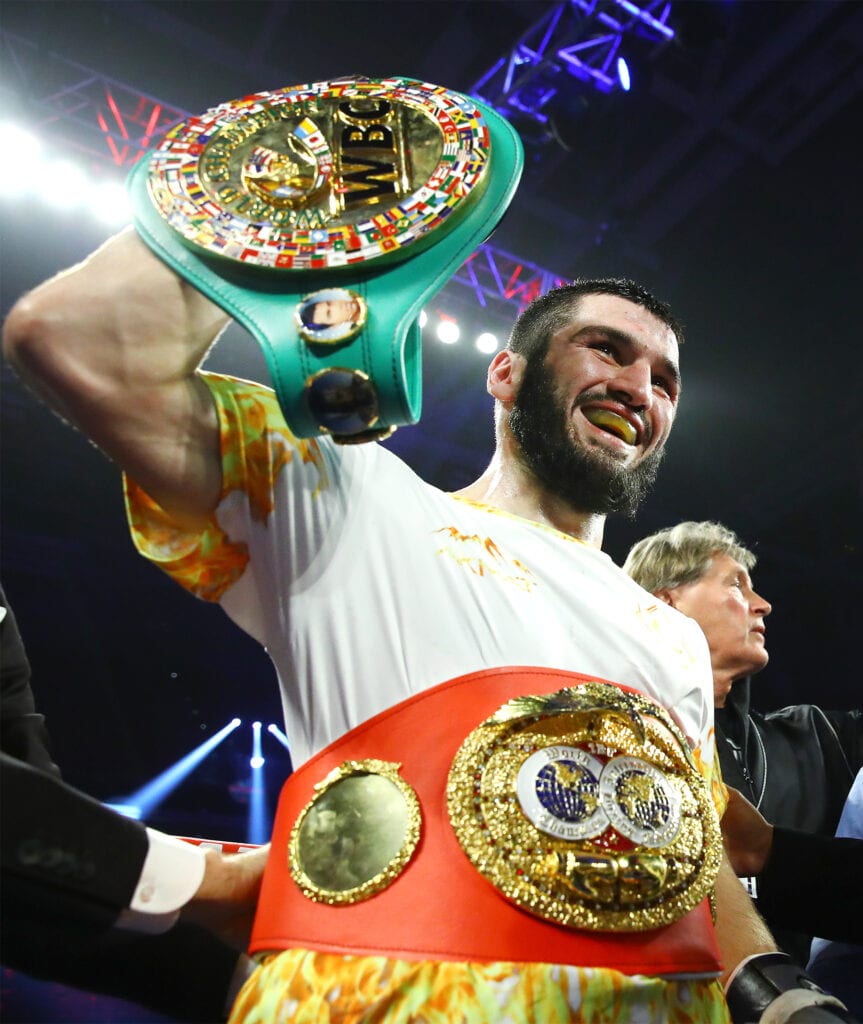 Artur Beterbiev Back In Action In Russia

The pandemic and an injury kept Artur Beterbiev out of the ring in 2020, but boxing’s most devastating knockout artist has a blank canvas as he prepares to kick off Top Rank on ESPN’s 2021 championship schedule in grand fashion.

Beterbiev, the unified WBC and IBF light heavyweight world champion, will defend his titles Saturday, Jan. 30 against Adam Deines at VTB Arena in Moscow, Russia. A two-time Olympian from Russia’s Chechnya region, Beterbiev has never fought in his home nation as a professional.

Promoted by Top Rank, in association with Patriot Promotions, Beterbiev-Deines will stream live and exclusively on ESPN+ at 3 p.m. ET/12 p.m. PT, with undercard bouts to stream on ESPN+ at 1 p.m. ET/10 a.m. PT.

“Artur Beterbiev is the world’s premier light heavyweight, and we eagerly await his ring return,” said Top Rank chairman Bob Arum. “We have unification plans for Artur next year, but he must first get past Adam Deines, a worthy, upset-minded challenger.”

JUST ANNOUNCED: It’s a fact that 2021 will start with a bang when boxing’s most devastating KO artist steps in the ring first ??

Beterbiev (15-0, 15 KOs), boxing’s only world champion with a 100 percent knockout ratio, authored the signature win of his career in October 2019, when he knocked out Oleksandr Gvozdyk in the 10th round of a title unification fight in Philadelphia. The COVID-19 pandemic scuttled plans for a March 28 title defense against China’s Meng Fanlong, and the original Oct. 23 date for the Deines fight was postponed after Beterbiev suffered a rib injury in training.

Deines (19-1-1, 10 KOs), ranked No. 5 by the IBF, was born in Russia and has made his professional home in Germany. The 29-year-old southpaw has won a pair of bouts via stoppage since the lone loss of his career, a June 2019 unanimous decision to Fanlong in Macau, China.

“I’m excited to have the chance to fight in my home country of Russia,” Beterbiev said. “This fight against Adam Deines means a lot to me, and you can be sure that I am preparing accordingly to honor this opportunity.”

Deines said, “I’ve been waiting to fight Beterbiev for a long time. I can’t wait to put forth the fight of my life to become unified world champion. Moscow, I’m coming.”