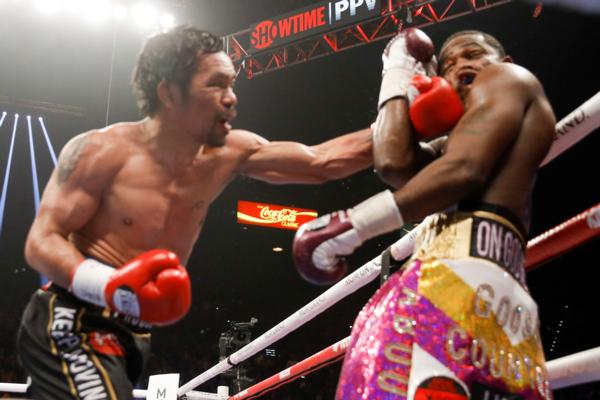 That isn’t a click-bait headline. Former four-weight class champion Adrien Broner will be back in the ring in the early part of 2021.

While I’m still waiting on AB to drop the much-anticipated album he hinted at during the pandemic, which was supposed to have Meek Mill on it, Showtime Sports executive Stephen Espinoza speaking on the latest episode of “The PBC Podcast,” mentioned that Broner would be back on their platform.

“Look, everyone’s got their own opinions on AB, love him or hate him,” Espinoza said to hosts Kenneth Bouhairie and Michael Rosenthal on the podcast.”He brings attention to the sport. It’s not always good, but I look forward to having him back. It’s been two years since we have seen him fight. I think he still has a lot in the tank, and he might have some surprises in store.

From looking back at #boxing in 2020 to offering a 👀 into 2021, you do NOT want to miss what SHOWTIME Sports President @StephenEspinoza had to say this week on the #PBCPodcast. @mrosenthal_box https://t.co/mP8MEnTz2k

The ring part that Espinoza mentioned is the last time we all saw him was on Showtime pay-per-view, where he was beaten by Manny Pacquiao by unanimous decision back in 2019. Since then, Broner has racked up about as many out of the ring issues as you can tally up, ranging from financial troubles of not paying jewelers and child support to sexual assault and driving under the influence in Miami earlier in the year.

(I don’t have enough words for the police blotter on him, but my friend Google will keep you busy with that if you have that much time.)

But who is facing?

“I’m not going to give away his plans yet, but I do think they’ll be some people that will be surprised by the path that he chooses, and it’s going to be interesting to watch,” Espinoza said when asked so, we’ll have to wait and see.

Broner said after that loss to Pacquiao,  “And I will be back. And I will be champion again. And all you motherf***ers will still tune in.” Given the January or February timetable Espinoza gave on the podcast, he may be right.