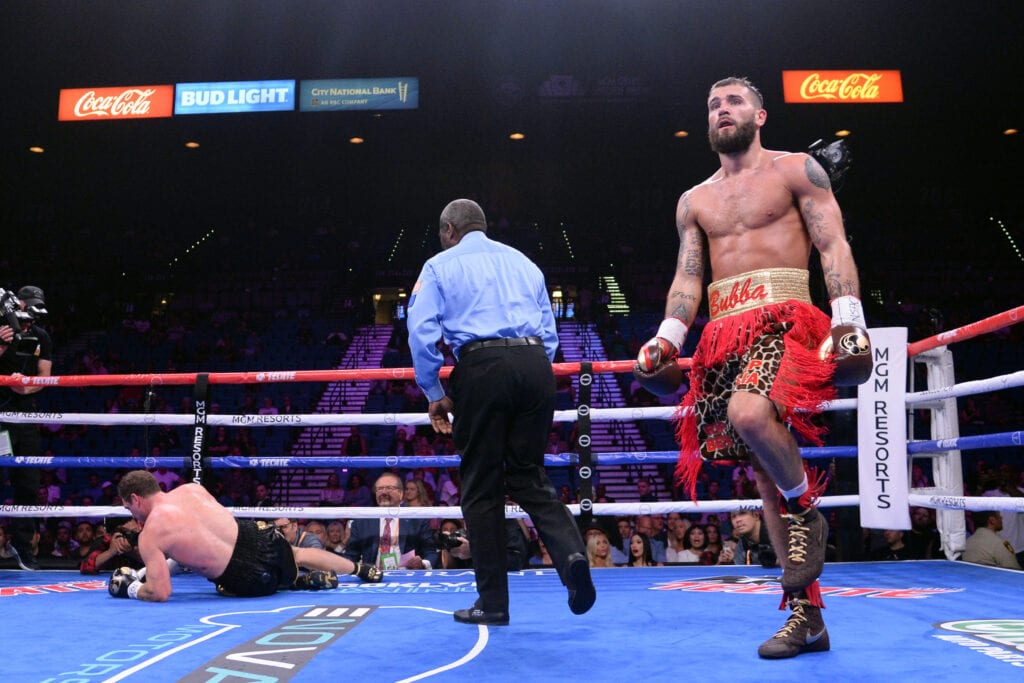 Plant to have homecoming bout in February

The broadcast will begin at 8 p.m. ET/5 p.m. PT and feature a clash between welterweight contenders as Bryant “Goodfella” Perrella and Abel Ramos battle in the 10-round co-feature.

Tickets for the event, which is promoted by Sweethands Promotion, TGB Promotions and Sauerland Promotions, are on sale today at 5 p.m. CT and can be purchased at ticketmaster.com.

“We’re thrilled that championship boxing is back in Nashville with their homegrown world champion Caleb ‘Sweethands’ Plant defending his super middleweight title on February 15,” said Tom Brown, President of TGB Promotions. “Caleb Plant has made a name for himself as one of the sport’s elite fighters and will look to continue solidify his place in the stacked 168-pound division. He’ll be facing a hard-hitting fighter in Germany’s Vincent Feigenbutz, who is sure to apply the pressure and upset Plant in his hometown. Expect an all action main event live on FOX from the Bridgestone Arena in Nashville.”

This will be the first time that Plant (19-0, 11 KOs), who was born in Ashland, Tennessee outside of Nashville, will be fighting in his hometown as a pro. He will be making the second defense of the title that he won with a unanimous decision victory over Venezuelan slugger Jose Uzcategui in January. His first title defense saw him dominate and stop then unbeaten Mike Lee in July on FOX.

To win the title, Plant turned the tables on the hard-hitting Uzcategui in their championship fight on FS1. Going into the match the consensus was that Uzcategui was the harder puncher and that Plant would have to withstand his power to walk away with the belt. It was the 27-year-old Plant however, who stunned Uzcategui by dropping him to the canvas twice on the way to a convincing unanimous decision. It was an emotional night for Plant, who now lives and trains in Las Vegas. He had dedicated his championship victory to the memory of his late daughter Alia, who suffered from a rare disorder that caused seizures.

“I’m very excited to bring my world title home to Nashville in my second title defense,” said Plant. “It’ll be in front of all of my family and friends and I plan to put on a spectacular performance. Vincent Feigenbutz is a very tough, rugged European fighter. He’s got a big knockout ratio, but this is my backyard and I will not let any man come in here and rain on my parade. On February 15, I’m representing my hometown and my home city with pride. I believe this will be the first of many fights that we hold at The Bridgestone in Nashville. This fight isn’t going 12-rounds. Nashville, stand up!”

The 24-year-old Feigenbutz (31-2, 28 KOs) is known as “The KO King” and he has been able to live up to that name with a 90% knockout ratio. The German slugger from Karlsruhe, Baden-Wurttemberg will be fighting in the United States for the first time on February 15. He became the youngest German champion ever when he defeated Giovanni de Carolis for the Interim WBA Super Middleweight title at the age of 20 in 2015. He lost the world title rematch with De Carolis, but recovered to win 10 straight since the loss – including nine via stoppage. He is coming in off of an eighth round TKO of previously undefeated over César Núñez in August.

“It has always been my goal to have a big fight like this in the U.S.,” said Feigenbutz. “I am not going there to lose. I am coming over to become only the second German boxer, after the legendary Max Schmeling, to win the world title in the U.S. and bring the belt back home to Germany. I hope everyone in my home country will have my back and support me on this journey. For me, Plant is the strongest of all super middleweight world champions. We are the underdog, but we won’t make it as easy for Caleb, like in his last fight. We know how difficult a fight on American soil is, so there is only one strategy: Get the knockout!”

The 30-year-old Perrella (17-2, 14 KOs) scored a decision victory over Breidis Prescott and most recently a stoppage of Domonique Dolton in his 2019 campaign, bouncing back from a majority decision loss to former champion Luis Collazo in 2018. Fighting out of Fort Myers, Florida, Perella turned pro in 2012 after an impressive amateur career that included victories over Regis Prograis, Miguel Cruz and Sammy Vásquez. Perrella suffered a 2016 loss to top welterweight Yordenis Ugás that was sandwiched by victories over Alex Martin and then unbeaten David Grayton.

“I’m excited to have the opportunity to showcase my talent,” said Perrella. “I have a quality opponent in front of me in Abel Ramos and I’m looking to make a statement on February 15. I’m going to show everyone once again that I’m a serious threat to anyone in the welterweight division.

Fighting out of Casa Grande, Arizona, Ramos (25-3-2, 19 KOs) picked up two victories in 2019, most recently stopping Jimmy Williams in July after defeating veteran contender Francisco Santana on FOX in March. The 28-year-old previously challenged former champions Regis Prograis and Ivan Baranchyk while campaigning at 140-pounds. He brings a seven-fight winning streak into February 15 since a close decision loss in 2018 to contender Jamal James.

“I can’t wait to start my year off fight a great fight on FOX,” said Ramos. “I know that I have a tough opponent across from me on February 15. I’m here to give a performance that makes me standout in this division. I know that after this fight, everyone will see I’m one of the best welterweights and that I’m going to have a huge 2020.

Murata halts Butler to retain in Japan
Campos adds WBA Fedebol flyweight title
Advertisement
To Top
We use cookies to ensure that we give you the best experience on our website. If you continue to use this site we will assume that you are happy with it.Ok