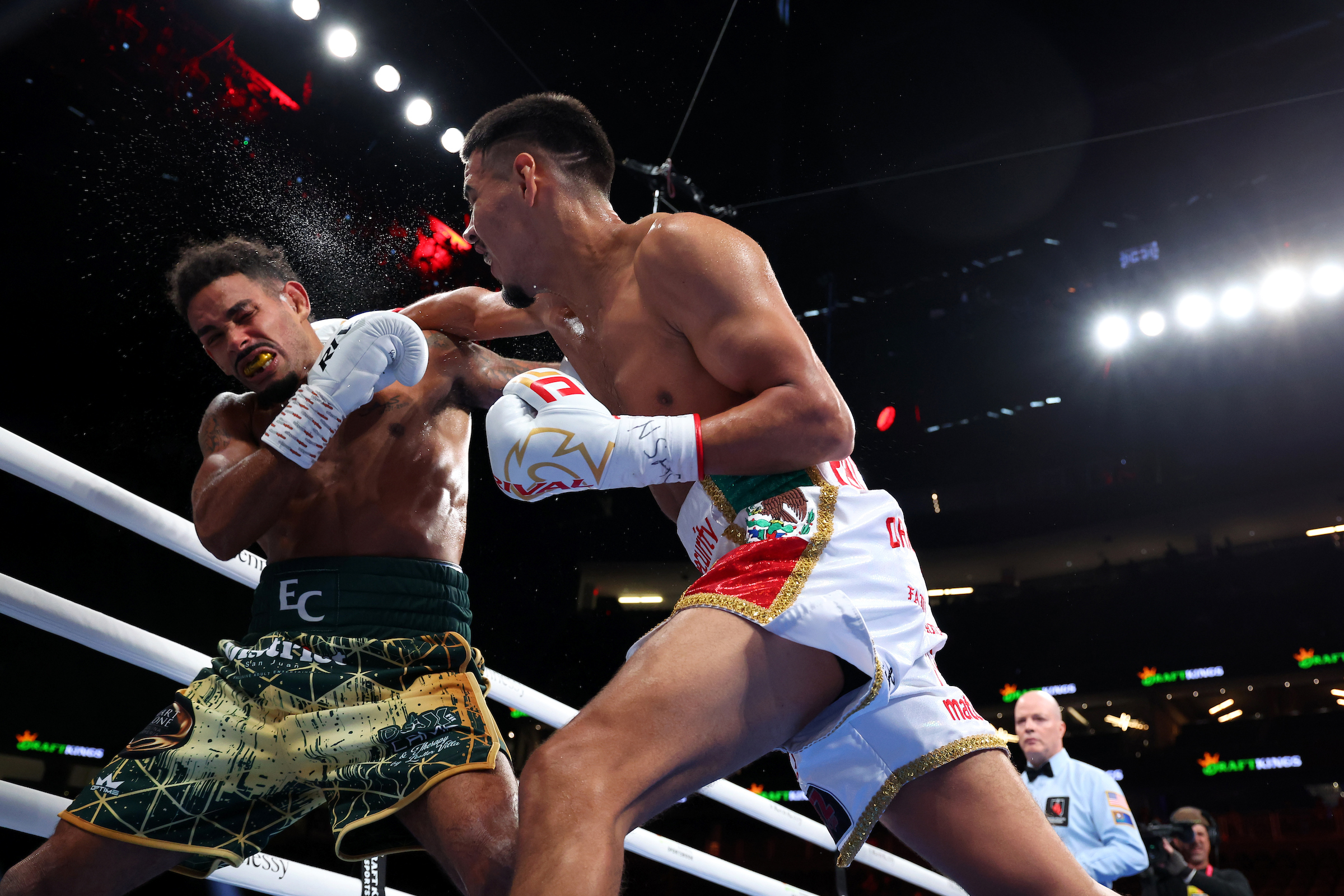 After a slow-paced four rounds that Pacheco dominated, he dropped Collazo hard in the fifth round and finished him in the follow up attack to win a regional title in the final fight before the start of the Canelo Alvarez-Gennadiy Golovkin III pay-per-view on Saturday night at T-Mobile Arena.

Pacheco, in his first fight since his recently announced contract extension with Matchroom Boxing, landed a powerful right hand in the fifth round that sent Collazo (16-3-1, 11 KOs), 33, a 2012 Puerto Rican Olympian, to the mat. He was wobbly but beat the count and responded well enough to referee Celestino Ruiz that he was allowed to continue but Pacheco was all over him.

Castro (8-0, 6 KOs), 22, of Fresno, California, who was appearing on his fifth Alvarez undercard, was in total control when, just before the bell ending the fourth round, he landed an overhand right that buckled Mendoza and sent him into the ropes.

Castro spent the fifth round nailing a retreating Mendoza (6-2-2 3 KOs), 23, of Mexico, with clean shots before landing a powerful right uppercut that dropped Mendoza hard, causing referee Tony Weeks to stop the fight without a count at 1 minute, 40 seconds.

Aponte vs. Molina a draw

Canelo Promotions prospect Fernando Molina and Aaron Aponte battled to a split draw in their junior welterweight bout in which they were each knocked down. One judges had it 75-75 and the other two judges each had it 76-74, one for Aponte and one for Molina.

Molina rocked Aponte in the fourth and then dropped him late in the fifth round with a clean right uppercut followed by a right hand.

Herrera won 50-45 in a dominating performance but the fight halted at 19 seconds of the fifth round due after an accidental head butt left McKinley dazed with swelling around his right eye.

Canelo Alvarez Looks To Put Bivol Loss In Past
‘Bam’ Rodruguez Grinds Out Win To Retain Junior Bantamweight Title
Advertisement
To Top
We use cookies to ensure that we give you the best experience on our website. If you continue to use this site we will assume that you are happy with it.OkNoPrivacy policy