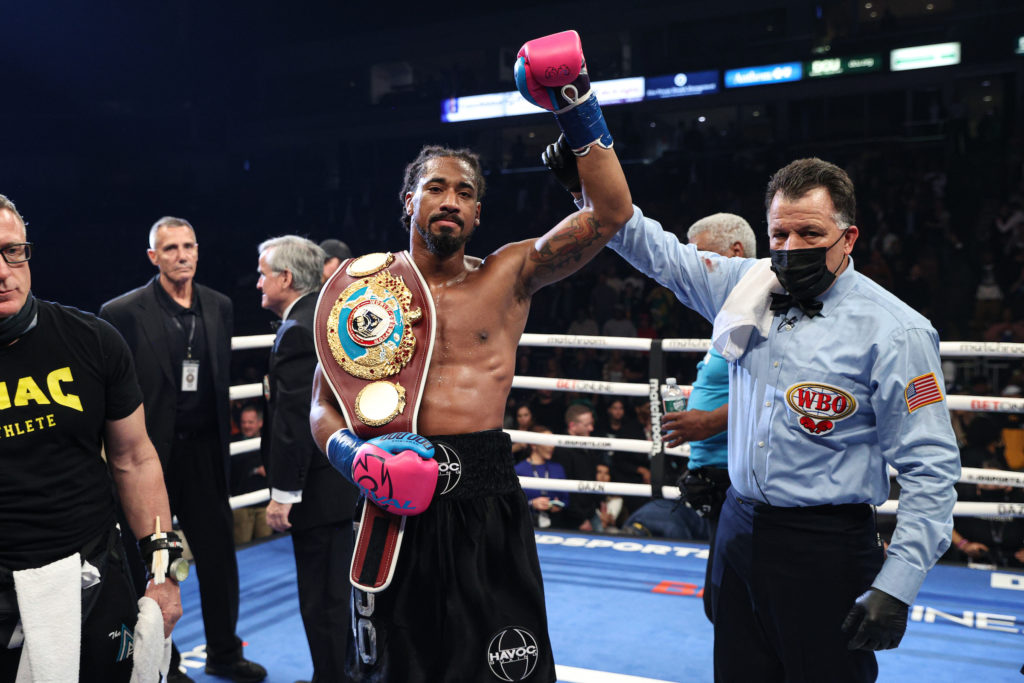 Fresh off his squash match and successful title defense, WBO middleweight champion Demetrius Andrade will have his next mandated opponent in the queue for 2022.

The World Boxing Organization (WBO) ordered today that Andrade was requested by the team for Janibek Alimkhanuly to claim the mandatory contender spot. With that claim comes now, Andrade’s side to enter and agree on the negations.

So once again, despite the banter and conversation of Jamie Munguia or Jermell Charlo facing Andrade, he is saddled with another mandatory defense. Me and TJ RIves here at Big Fight Weekend have bemoaned at length and so has Andrade’s promoter, Eddie Hearn of Matchroom Boxing as the Munguia fight, in particular, is one that should’ve been had by now. Andrade (31-0, 19 KOS) is coming off two rounds of quick work against Jason Quigley. Alimkhanuly went to the WBO after winning the title eliminator, stopping Hassan N’Dam N’Jikam back on November 20.

Demetrius Andrade is represented by Matchroom Boxing and Alimkhanuly is by Top Rank. We’ll see if either side gets into a bidding war again if it makes it to the purse bid headquarters in Puerto Rico. Don’t think it will but this seems one of those fights that no one asked for…except the earned mandatory challenger Alimkhanuly (11-0, 7 KOs). At some point, Andrade is going to have to get a high-profile fight as the game of “Boo-Boo keep away” has gone one long enough, and well past that time, he pulled out of the Charlo fight over 4 years ago.