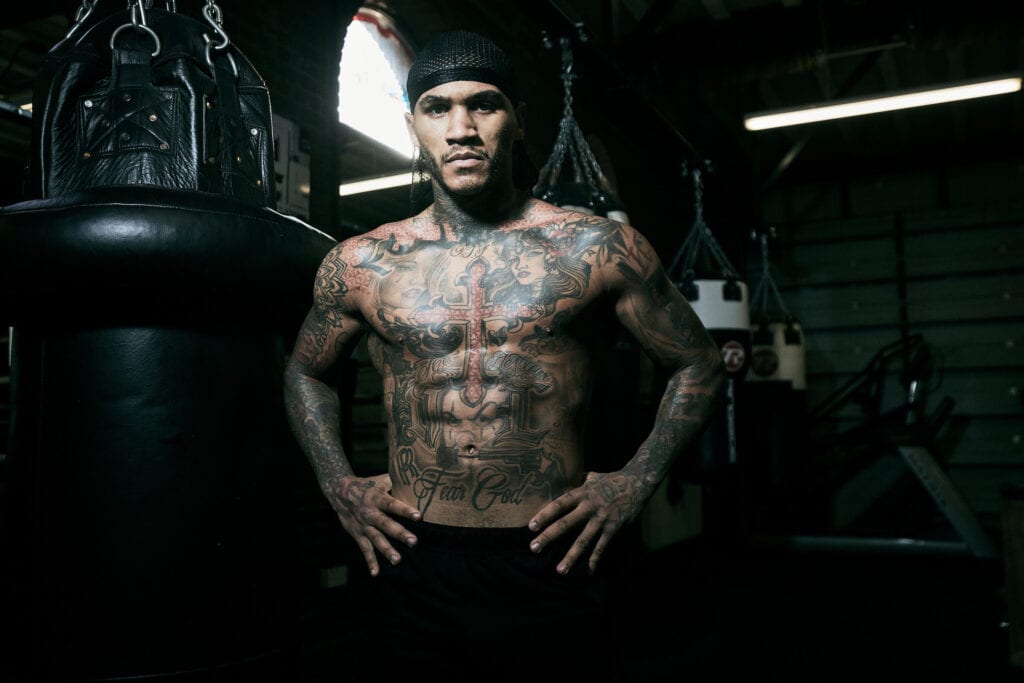 One of the hottest Welterweight prospects outside of the U.S. is unbeaten Brit Conor Benn and on Sunday, DAZN Streaming and Matchroom Boxing made his next fight and opponent official.

As we wrote previously, Benn had already been announced to be part of the Liverpool show after he won an impressive decision over Adrian Granados on the Matchroom card at the outdoor soccer stadium in Leeds, England back in late September. This fight will be at the M&S Bank Arena in front of some boisterous fight fans in Liverpool.

Benn, the son of former tremendously popular British two division World Champ, Nigel Benn, has risen through the ranks on his own over the last two years. This included his first round destruction of journeyman Sammy Vargas earlier in April in the London suburbs.

“To headline in a city like Liverpool you need to be in the ring against a world class operator,” said Benn in the Matchroom release. “Chris has done it all, a former World Champion and exactly the opponent I need to gain experience from.

“We expect Algieri to bring his best, but I want him deep in the trenches with me, I want to use this opportunity to display my skills and ability against a quality fighter to prepare me and take another step closer to a World Title. A former World Champ vs. a very, very hungry contender, I can’t wait for December 11.”

“This has a big fight feel to it and I’m thrilled to be back on this type of stage,” said Algieri. “The UK has brilliant fans and I’m looking forward to performing in front of those legendary crowds.”