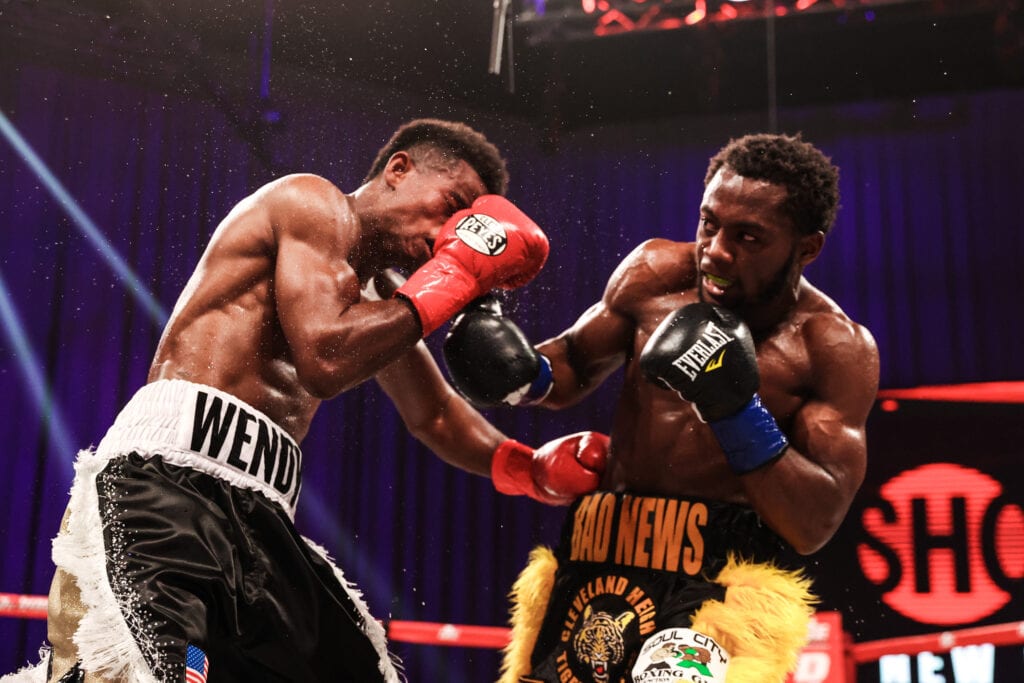 The main event on Showtime Wednesday night from the “Fightshpere” pitted Wendy Toussaint (12-1, 5 KOs)and Charles Conwell. Somebody’s “0” had to go, and it wasn’t Conwell’s (13-0, 10 KOs) as he won by ninth-round knockout.

The time of the stoppage 2:42 of the ninth round.

This contest was for the USBA 154 pound title, which was up for grabs in the contest of the 1st Shobox: The Next Generation to take place since March.

From the onset of this 10-round bout, Conwell and Toussaint were going to sit and trade with each other on the inside. Something that not only played in favor of Conwell of the fight. The Showtime broadcast analysts Raaul Marquez and Steve Farhood wondered about this strategy, and so was Toussaint’s corner advising him to “you don’t have to fight inside” after the end of the third round.

Halfway through the fight, Conwell seemed to be the more active fighter and landed more body shots as Conwell landed 16 to 1 for just Toussaint. The biggest takeaway from the fight outside of Conwell’s boxing display was the heavy breathing from Toussaint. It made weird to hear through my television, and Farhood joked early that he thought it Marquez.

“Every round has been the same Barry (Tompkins). That’s why you were confused”, Marquez stated towards the latter rounds of the fight.

Conwell looked like he may have injured his right hand as the seventh round and told his corner in between rounds that advised him to “touch” with it. It didn’t matter as in the ninth round, Conwell landed a big right uppercut to Toussaint that had him fall back and then take a knee. Once their he complained of a broken nose and was counted out for the stoppage victory for Conwell.

“I think I rank up there high (at 154),” Conwell stated to me on The Making of Champions before the fight. “I have to get the average boxing fan to know me and recognize me. Once I get a couple more fights and closer to that world title, they’ll recognize me.”

Conwell was in his fight all the way throughout, and a couple more wins like this the recognition will come.