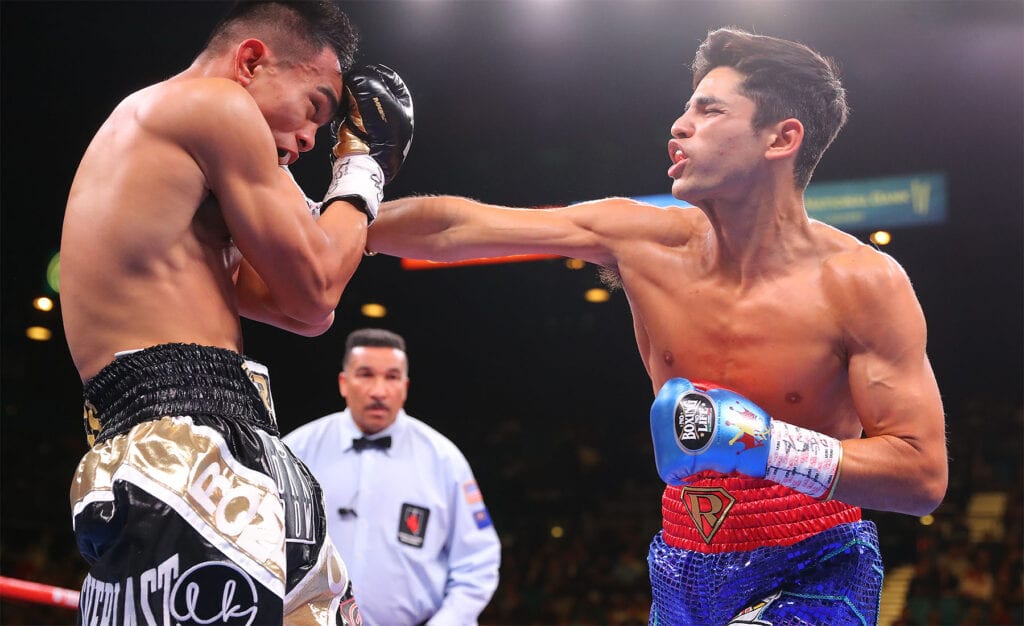 DAZN streaming service posted on social media Thursday morning that Garcia and Campbell will meet on Saturday December 5th, but did not specify where the non-title showdown will be held,

This comes on the heels of Garcia continuing to express frustration as recently as Sunday, that the fight was not officially worked out by his promoter Oscar De La Hoya/Golden Boy Promotions and Eddie Hearn of Matchroom Boxing, who handles Campbell,

My fight with luke is huge but i can’t get a date?

The biggest hold up in this scenario is obviously been the at times spoiled behavior of the 22 year old Garcia, 20-0, 17 KOs, who even as recently as July refused to cooperate with his own promoter De La Hoya. That’s, when Golden Boy wanted Garcia for the main event in what they had hoped would be their first fight card back post Covid-19.

It was supposed to be July 4th weekend in California without fans, but Garcia would not agree to the list of opponents and more importantly, for the money that he was being offered.

The WBC had mandated the Garcia-Campbell fight back in early August, while the fighters and their promoters hashed out when and where to fight.

The hope is for the winner of Garcia-Campbell to get a shot either at the current WBC “World” champ, American Devin Haney. However, both fighters would love a shot at the winner of the Unified 135 lb. battle between Ukranian Vasiliy Lomachenko and New York’s Teofimo Lopez which will be Saturday October 17th.

Lomachenko, the WBC “Franchise” Lightweight champ, took out Campbell, 20-3, 16 KOs. as the popular English fighter suffered the loss in August of 2019, in a 12-round decision win in London. Campbell has not fought since.

Meanwhile, it has also been a long wait to see Garcia in the ring, as he was last seen scoring a one punch first round KO of Francisco Fonseca in February.

Now, we await the official confirmation of where Garcia-Campbell will be held. That will likely be in the U.S. and possibly in Texas, which will host the Gervonta Davis- Leo Santa Cruz fight on October 31st at San Antonio’s Alamodome with some fans present.