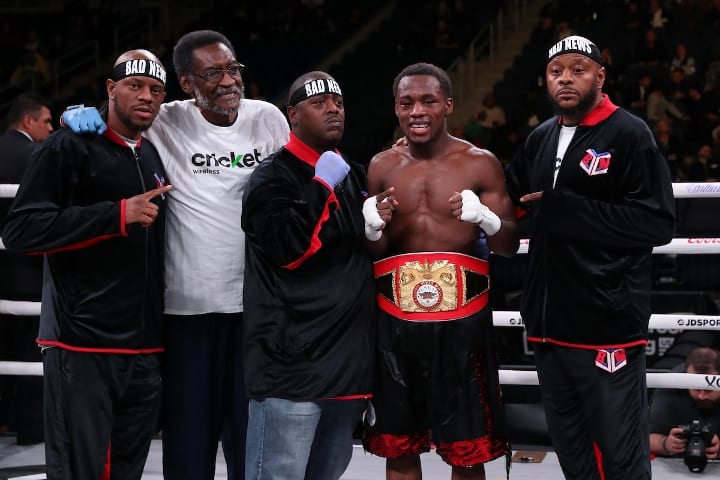 The “Making of Champions” is a podcast that airs every Thursday at 5 pm ET on the Joe Louis Bourbon Facebook Page with Tonya Cole and yours truly. This week’s guest on the program is the undefeated super welterweight prospect, Charles Conwell. Conwell (12-0, 9 KOs) is in action to close out the return of Shobox: The Next Generation on Showtime next Wednesday, October 7, starting at 9 p.m. ET from “The FIghtsphere” of the Mohegan Sun Casino in Uncasville, Conn taking on Wendy Toussaint.

Speaking with Conwell, we asked him about his style as he was quoted in the press material for the fight:

When people see me, they will see Aaron Pryor, Mike Tyson, and Andre Ward rolled up into one! I am happy to be headlining ShoBox and being able to show my talent to the whole world.”

Conwell elaborated on that point for me when I asked him which one he saw most of him in the ring.

“That’s why I couldn’t pick one (fighter), ” Conwell told us on The Making of Champions podcast. The real style that I try to emulate now, who is an active boxer is Canelo (Alvarez). I want to be more elusive (like Canelo), and that’s the style I want to improve on.

In terms of the landscape at 154, we also asked where he sees himself in the mix.

“I think I rank up there high (at 154),” Conwell stated. “I have to get the average boxing fan to know me and recognize me. Once I get a couple more fights and closer to that world title, they’ll recognize me.”

I believe that as Conwell climbs up closer to the title picture, he will become a household name.

Feel free to check out this latest conversation we had with Charles, where we ask as he prepares for his last bout against Ramses Agaton last February, who he has sparred with in preparation for Toussaint this Wednesday and where the former U.S. Olympian likes to travel to around the world.