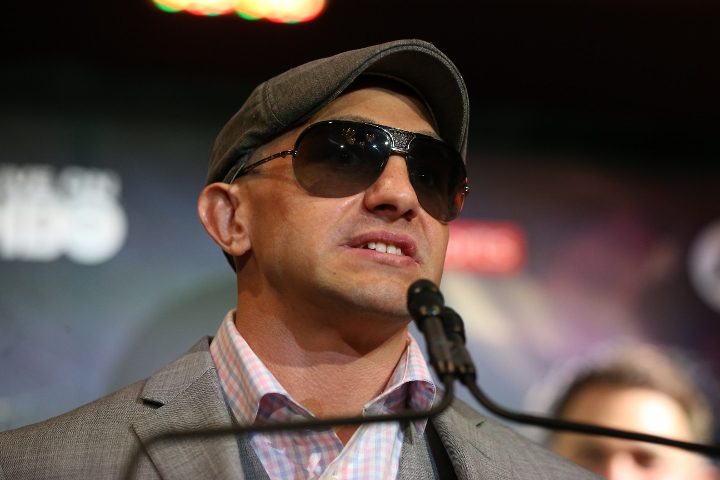 Now with Teofimo Lopez vs. George Kambosos officially removed from the card, Triller has revised their October 16th event at the Barclays Center in Brooklyn, New York.

In the main event instead will be,  ‘THE HEBREW HAMMER’ Cletus Seldin, (25-1, 21 KOs) defends his NABA Super Lightweight Title in a scheduled ten-rounder against heavy-handed Brazilian William Silva (28-3, 16 KOs).

Cletus Seldin garnered the NABA Super Lightweight Title with an 11th round knockout of former world champion Zab Judah on June 7, 2019. His first defense of the title came on February 28, 2020, with a seventh-round stoppage of Luis Eduardo Florez.

Silva hits the ring following a second-round knockout of Erenilson Santos on July 24, 2021, in Brazil. The battle-tested Brazilian has faced numerous world champions and top contenders throughout his career including Teofimo Lopez, Arnold Barboza, and Felix Verdejo.

Undefeated junior middleweight prospects hit the ring in a scheduled eight-rounder as Jose Roman, (11-0, 5 KOS), of Bayamon, Puerto Rico faces Cesar Francis, (8-0, 6 KOs), of Brooklyn, NY. Roman kicked off his 2021 campaign with an eight-round unanimous decision over Roque Junco on March 18, 2021, in Salinas, Puerto Rico. Francis started the year with a blistering first-round knockout of Gonzalo Dallera on February 20, 2021, in Orlando, FL.

Fighting in the junior welterweight division, Will Madera, (16-1-3, 9 KOs), of Albany, NY faces Jamshidbek Najmitidinov, (17-1, 14 KOs), of Tashkent, Uzbekistan in a scheduled eight-rounder. Madera looks to stay in the win column after his second-round knockout of Iram Rodriguez on April 16, 2021, in Monterrey, Mexico. Making his United States debut, the heralded Najmitdinov has won his last seven fights, six by knockout.

In a six-round light heavyweight bout Frederic Julian, (12-0, 10 KOs), of Brooklyn, NY clashes with Jeyson Minda, (14-5-1, 8 KOs), of Salem, MA. A native of Paris, France, Julian will be making his first start of 2021, succeeding a first-round knockout of Fidel Munoz on January 25, 2020, in Trenton, NJ. The upset-minded Minda looks to jump back into the win column after losing an eight-round decision to Junior Younan on April 17, 2021.