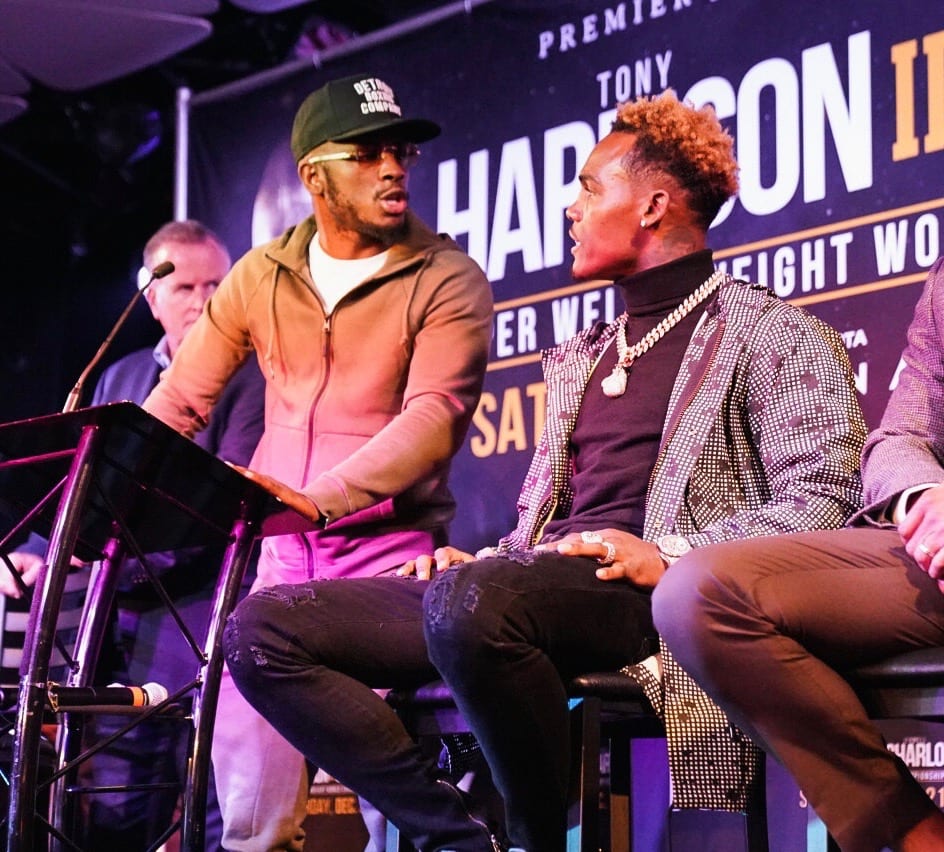 Jermell Charlo will try to win back his WBC Super Welterweight title from Tony Harrison coming up Saturday night in Ontario, California. Their 12-round rematch bout will headline FOX’s triple-header from the Toyota Arena.

Harrison stunned Charlo via a controversial unanimous decision almost one year ago  (December 22, 2018) to win the WBC championship from him. Harrison hasn’t fought since that career-defining bout 12 months ago, because he suffered an ankle injury that postponed their rematch this past summer.

That fight with Charlo was supposed to take place on June 23 at Mandalay Bay Resort & Casino in Las Vegas.

Despite being out, Harrison still is talking lots of trash leading up to this one.

This is how Charlo answered to FOX Sports’ Brian Campbell, when asked how his rematch against Harrison will be different:

Then, Charlo let out frustration about Harrison and the time he took with his inury:

“I don’t like Phony Harrison,” he said. “Phony Harrison is his name. Phony and Ja Fool. Ja Fool. I’m a giant. I’m a tycoon in this. And I’m a real tycoon, and I run this. And unfortunately, you don’t even know you can’t back up not one word you say.”

Harrison dismissed Charlo’s knockout prediction and the rest of his trash talk.

“Come on, man,” Harrison said. “Stop it. Like I said, he gonna talk, man. He gonna live in his own little fantasy. As long as he’s walking this earth, there’s nothing he can do to beat me. I won’t lose to suckers!”

While Charlo lost their first fight, he is still slightly more than a 2-1 favorite to beat Harrison in this rematch. The boxing odds at SBR favor Charlo at varying prices so shop around the different sportsbooks for the best lines on offer.

The fact that’s he’s been more active lately might have something to do with the odds being in his favor. Once Harrison withdrew from their rematch, he destroyed his replacement, veteran Jorge Cota in the third round on June 23 in Las Vegas.

Things between these Harrison and Charlo have gotten very personal, very quickly. It all started off as a healthy rivalry, but it has become an all-out war of words. Boxing fans should be thankful that the time for talk is over.

Now, both fighters just have to settle their differences in the Southern California ring and if Charlo wins, we could have a third fight so they can settle their rivalry once and for all.

If Harrison wants to win this fight, he has to fight as well or better than last time out. But, even if that happens, he needs to face the same version of Charlo and that won’t be the case here.

Look for Charlo to do what it takes to get the decision and regain his Super Welterweight title here. He will be patient and figure out Harrison’s shell defense this time.