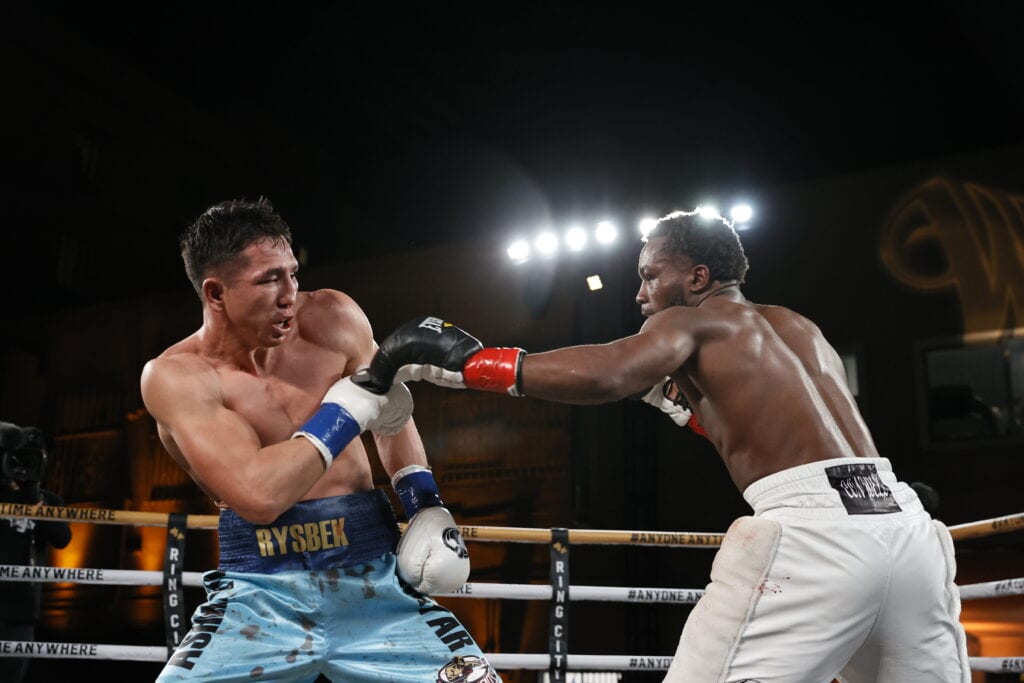 Junior Middleweight contender Charles Conwell (14-0, 10 KO’s) ended 2020 with a statement and kept his undefeated record intact as he defeated Kazakh brawler Madiyar Ashkeyev (14-1, 7 KO’s) via referee’s stoppage at the end of the ninth-round in the main event of Ring City USA’s final fight card of the year.

Fighting from the famed Wild Card Boxing Club in Los Angeles, Conwell put on an impressive performance in which the Cleveland native came out confident and established his dominance in the early rounds. Thursday’s fight night closed out Ring City’s 2020 slate of fights, which kicked off on Nov. 19.

Both Conwell and Ashkeyev entered the fight cautious in the initial seconds, however, both got comfortable immediately and traded punches consistently a minute into the fight. By the end of the first round, it was already a physical fight, with both fighters throwing punches in flurries. Conwell went for Ashkeyev’s body early on, trying to land decisive punches as Ashkeyev forced the fight to be fought from the inside.

“I think I’m the only undefeated contender fighting,” Conwell continued. “And I think that means a lot – I’m making great progress and I’m ready for a bigger payday. The more I fight, the better I get. I’m only 23-years-old and I want to keep fighting.”

By the third round, the entire fight was being fought from the inside, with Conwell exhibiting extraordinary patience in waiting to land the most effective punches. Ashkeyev’s warrior mentality was obvious and he stayed resilient, insisting on finishing out the fight after undergoing punishing fifth and sixth rounds and showing clear signs of exhaustion by the seventh round.

While Ashkeyev endeavored to continue fighting, referee Jack Reiss called the fight at the conclusion of the ninth round in agreement with Ashkeyev’s corner.