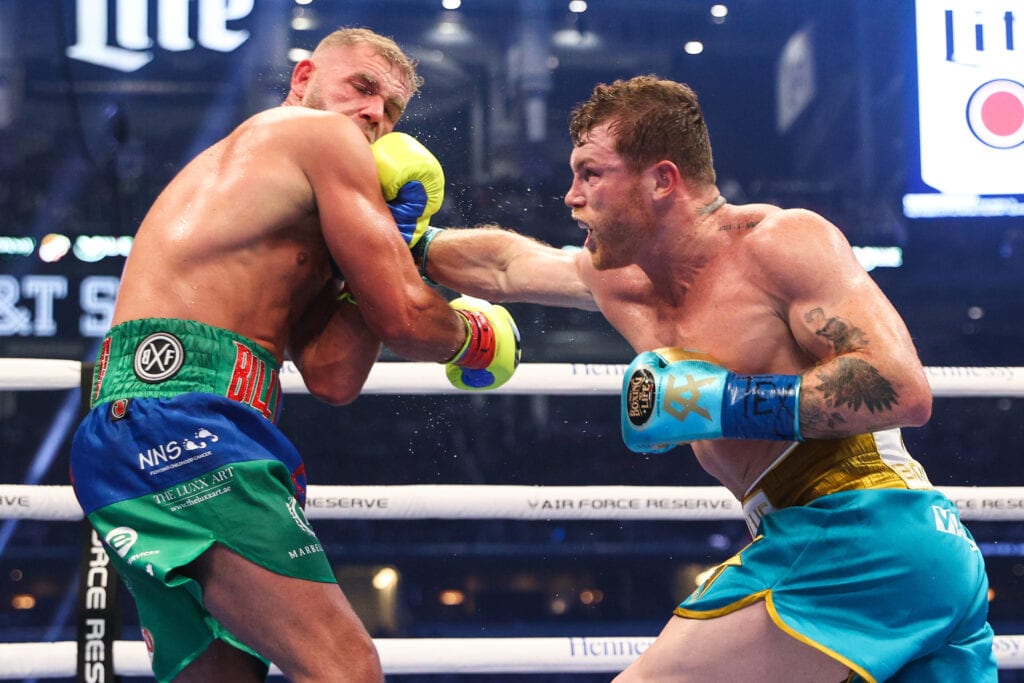 Sunday afternoon, multi-division world champion Canelo Alvarez, will continue showing his expertise, but not just in a boxing ring. Rather, Canelo is displaying some skill on the fairways and greens of the American Century Celebrity Golf event in Lake Tahoe, Nevada.

Alvarez is part of the field of sports stars and entertainers that are playing in the event that has become a celebrity golf staple for some 30 years. And lest you think we’re exaggerating what Alvarez can do, take a look at this birdie putt from Saturday’s coverage on NBC / the Golf Channel,

But, Canelo’s showing means his golf was better than the likes of NFL Hall of Famers Emmitt Smith, Steve Young and Brian Urlacher. And, he also did better than current NBA star Steph Curry of the Golden State Warriors and retired Hall of Fame baseball pitcher Greg Maddux.

Speaking of the NBA champion Curry, he and Canelo got some kidding (and shadow boxing) in on the course earlier this week in preparation for the celebrity tournament.

By the way, Curry is no stranger to golf on the bigger stage, as he competed in a PGA Tour event himself a couple of years ago.

Alvarez has taken the opportunity to hit the links with current Dallas Cowboys star running back, Ezekiel Elliott in the build-up to his last fight at AT&T Stadium the home of the Cowboys. That’s when he dispatched England’s Billy Joe Saunders on an 9th round TKO to defend his WBA, WBO and WBC 168 lb. belts.

Alvarez is playing the final round of the celeb event with NFL defensive back of the Arizona Cardinals, Patrick Peterson and former MLB catcher with the Astros and the Yankees, Brian McCann.

And, after he’s done making birdies, we’ll see if the deal with IBF Super Middleweight champ Caleb Plant for September will be finalized.