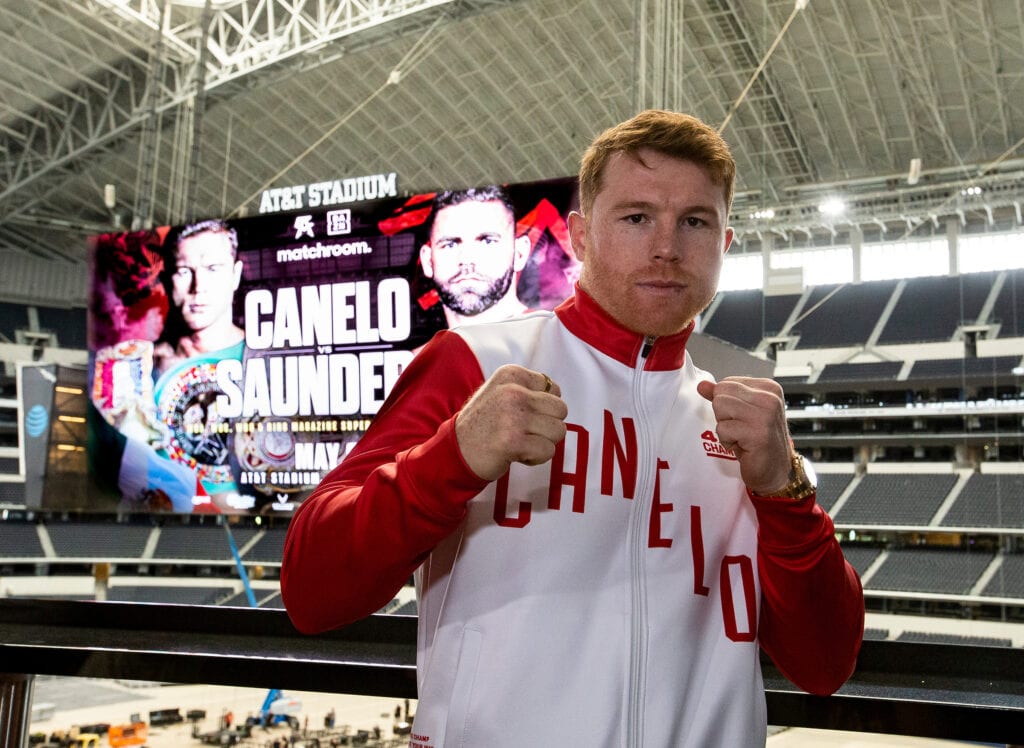 It has been widely believed that four division world champ Canelo Alvarez’s next bout would be to finish his quest to become Undisputed Super Middleweight Champ. And, that would mean signing on to face IBF World champ, Caleb Plant. However, as was the case previously with Premier Boxing Champions, it now appears that Canelo and Plant won’t be happening, at least not unless some compromises are given.

Lance Pugmire of the Athletic tweeted Monday evening that the Mexican hero Alvarez still has not finalized for the proposed Undisputed fight with the Nashville native, Plant. And, that team Canelo is exploring options on….wait for it…. the long proposed third fight with former Undisputed Middleweight Champ, Gennady Golovkin,

Confirmed to @TheAthleticBOX: @DAZNBoxing recently reached out to @GGGBoxing to enquire about his availability for a fall fight against @Canelo, and the Golovkin response was that he's "ready, willing and available."

Alvarez and Golovkin fought two hotly contested battles in September 2017 and 2018 with the first ending in a draw and with the second seeing Alvarez win a close, controversial split decision to hand Triple G his first pro loss.

Meanwhile, Canelo has moved on and moved up in weight to 168 lb. And, he’s been very active recently by fighting three times in a five month span from December through May. He defeated Brits, Callum Smith (WBA World Champ) and Billy Joe Saunders (WBO Champ), while sandwiching in an easy title fight in February against mandatory WBC challenger Avni Yildirim.

And, that led to the natural talk that Alvarez would fight on the traditional Mexican Independence weekend this September (the 21st) against the one guy still holding a world title at Super Middleweight besides him.

Yet, Alvarez, who’s fought the last three fights under the Matchroom Boxing umbrella and had them televised by DAZN, is apparently still balking at making a multi-fight commitment with PBC and for them to use PPV, as the main driving force.

We at Big Fight Weekend were told by two sources, one in the broadcast industry and one with direct knowledge of PBC’s strategy that’s why the Canelo-Plant proposed bout for last December never came off. And, then, Alvarez did his Matchroom deal with DAZN (with a lesser subscriber price) to fight and defeat Smith instead.

Now, Canelo currently doesn’t have a deal with any promotion or broadcast partner and that’s why he’s obviously playing out all of his options. However, the clock is ticking on being able to agree and promote a September fight with someone.

While Golovkin’s name has been repeatedly thrown out (especially by DAZN) for the trilogy fight with Alvarez, that fight hasn’t been made for over two years. Of course, the Covid 19 pandemic delayed the possible time line last year and so did Canelo’s messy promotional divorce from Oscar De La Hoya and his Golden Boy Promotions.

Now, we wait to see if the latest rumors and educated speculation are just being done in the short term by Alvarez to get the best deal possible with PBC or if he’s willing to derail his own plan to be Undisputed champ at 168 lb. by not fighting Plant, again, because he doesn’t like the PBC broadcasting and financial terms?