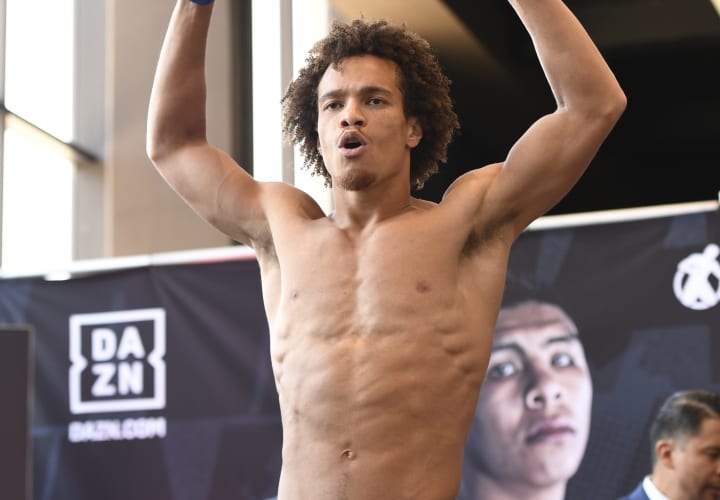 Blair Cobbs Back In Action In September

Blair “The Flair” Cobbs will let you know he’s the most exciting man in boxing, and we at least have an idea on when that is again in the ring,

Cobbs (15-0-1, 10 KOs) spoke with SibbieBoxing and told them flat out to expect him back in the ring in the fall. Cobbs has a slew of names to look out for. He even threw in a future fight that involves him and Conor Benn unifying belts. I advise you all to check out the conversation they had.

“Most likely in September. A pretty big one” Cobbs said to Sibbie, Hitman, & Briz on SibbieBoxing. “I had a big fight at my last show. They want me in there with big names so I can captivate those big titles.”

Cobbs was last in action on the undercard of Jamie Munguia beating up on Kamil Szeremeta, where he opened the show with a fifth-round stoppage win of veteran Brad Solomon. That victory for Cobbs was his biggest name to date.

Those who know Cobbs know he has wanted to take on the biggest names in the welterweight division. SibbieBoxing asked who is it, but that seemed not yet finalized just yet.

“I don’t know. I really would love Jessie Vargas to be stupid enough to sign that contract. Mikey Garcia would love that fight,” Cobbs said.

A shot at Garcia will have to wait for Cobbs as he was last rumored to in talks to take on Regis Prograis. Be interesting to see if this at a catchweight or if this will be the welterweight debut for the former super lightweight titleholder Prograis.

Cobbs is never short of words and if you missed this past Friday, check out him calling color alongside a rotating panel of fighters and trainers and blow by blow man Beto Duran as he called a few fights on the Gilberto Ramirez-Sullivan Barrera undercard. In the meantime, we’ll wait to see who signs the contract to fight Cobbs.

That date in September if you were wondering probably is the 11th in Las Vegas. Likely an addition to the upcoming Triller card with the exhibition match of Oscar De La Hoya taking on former UFC champion Vitor Belfort.