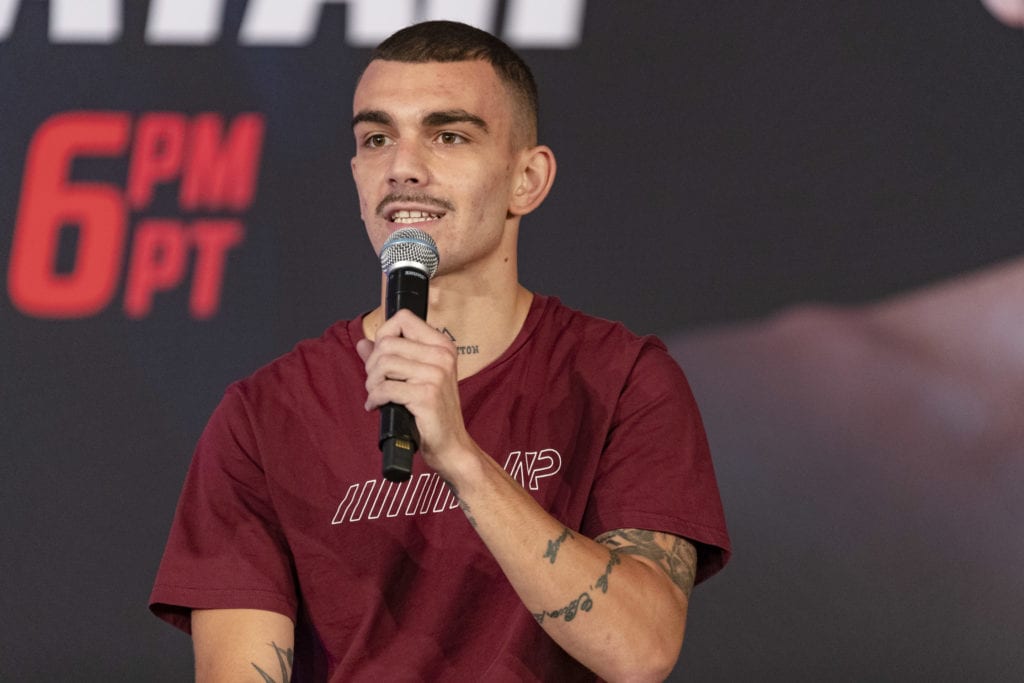 Can Jon Fernandez Pull Off The Upset?

When Jon Fernandez was in action in the United States, he was on the wrong end of a unanimous decision loss to O’Shaquie Foster back on Shobox back in 2018. This Saturday at the Punc..I mean Dignity Health Sports Complex, Fernandez looks to make it a victorious trip this time around when he takes on Michel Rivera in the opener of a fight doubleheader on Showtime.

Check out the latest Big Fight Weekend Podcast, where we speak on this fight and more!

“I’m glad he’s confident in his abilities, but I think this is a 50-50 match,” Fernandez said at the final presser Thursday. “It’s going to be a great fight, and we’re definitely on the same level. There’s no difference in skill levels. I’m going to use my height and show off my boxing ability on Saturday night.”

“Rivera is a very good boxer and has many skills, but I believe that I have equal skills and more power. If I get the opening, I can knock Rivera out.

While Fernandez thinks it’s 50-50, oddsmakers at Mybookie don’t see it that way as he is writing about a 3 1/2 to 1 underdog. Anything is possible, but he is coming up a big step in the competition, and the fight he had with Foster was outboxed. Fernandez, however, is doing this for his native Spaniards back home.

“Everyone in Spain is supporting me. My city of Bilbao has sent me all its love, and they believe in me 100%. Even some famous soccer players have reached out to me. Players from Athletic Bilbao and (former Spain national team striker) Fernando Torres,” Fernandez said.”

“I would like to win to open the door for other Spaniard boxers who come behind me and relish this opportunity – like my brother Eker, who is about to make his professional debut. I want to make him proud and put Spain on the map as far as boxing is concerned.