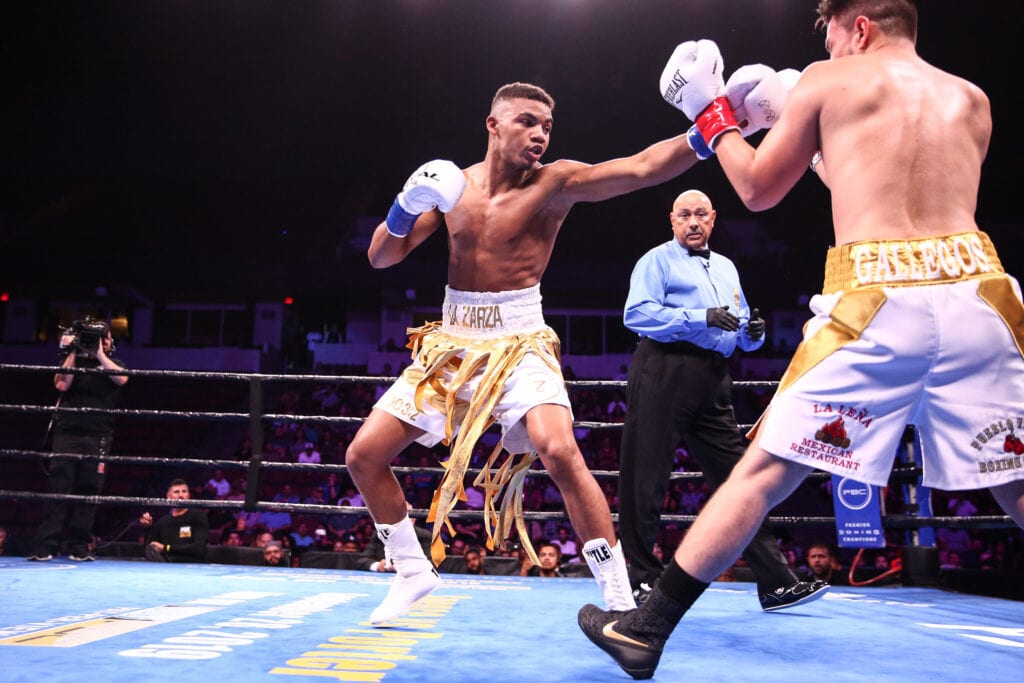 Unbeaten rising lightweight contender Michel Rivera is pretty confident in assessing his next bout against Jon Fernández that will be the co-main event of SHOWTIME CHAMPIONSHIP BOXING this Saturday, July 3 (9 p.m. ET/6 p.m. PT) in a Premier Boxing Champions event from Dignity Health Sports Park in Carson, Calif.

“My skills, speed, and intelligence are all advantages in my favor,” said Rivera. “I am an aggressive fighter when it is most advantageous for me, but I can also be crafty and turn that into an advantage. My skills and talent will be the difference on fight night.”

The 23-year-old Rivera’s confidence comes from an intensive training camp in Miami with his coach, Herman Caicedo, that has allowed him to work on numerous aspects of his game heading into perhaps the toughest fight of his young career.

“I think it’s important to work on everything in training,” said Rivera. “I am the type of boxer who adapts to what is going on in the moment. So we’ve made sure to work on all areas in order to prevail Saturday night. We’ve had a very organized yet intense preparation for Fernández.”

Rivera broke onto the scene in his U.S. debut in June 2019, as he out-boxed dangerous power-puncher, Juan Rene Tellez, to earn a unanimous decision. In 2020, Rivera added a pair of impressive victories over veteran contenders, as he stopped Fidel Maldonado Jr. in round 10 of their February clash, before winning via unanimous decision over Ladarius Miller in October. Despite giving up a three-inch height advantage to Fernández, Rivera doesn’t see anything in the Spaniard that he won’t be able to overcome.

“His height may be an issue, but I don’t really know much he uses his reach,” said Rivera. “I haven’t seen many of his previous fights, but I’m 100% confident I will overcome anything that he thinks he could do to make me uncomfortable.

“I’ve never fought a European opponent before, but I have fought opponents that were taller than me. I may be smaller, but I have good reach and will look for openings when I get into close range. If it bodes better for me to dominate him with my quickness, I can do that as well.”

A native of Santo Domingo in the Dominican Republic, Rivera represents the next potential superstar from the sport-rich island, an honorific that has helped motivate and push Rivera toward the championship level that he has nearly reached.

“It feels good to have the support of my country,” said Rivera. “I’m excited by it and I hope that the entire nation is behind me and ready to support me in the way any athlete needs to be cheered on when they reach these heights. I feel it now more than ever. I’m honored when people tell me that I’m the hope of the Dominican Republic.”

In addition to potential pressure from carrying the torch for his homeland, Rivera finds himself fighting smack dab in the middle of a section of the boxing calendar filled with young, undefeated stars such as July 3 main event participant Chris Colbert and last week’s centerstage combatant, Gervonta “Tank” Davis. Despite this, Rivera knows that with opportunities like Saturday, combined with his skills, that he is on the track he has long hoped for.

“I don’t feel any pressure to remain undefeated,” said Rivera. “I trust myself and my abilities 100%. I am convinced that my opportunity to shine has finally arrived and I’m going to make a big statement on July 3.”