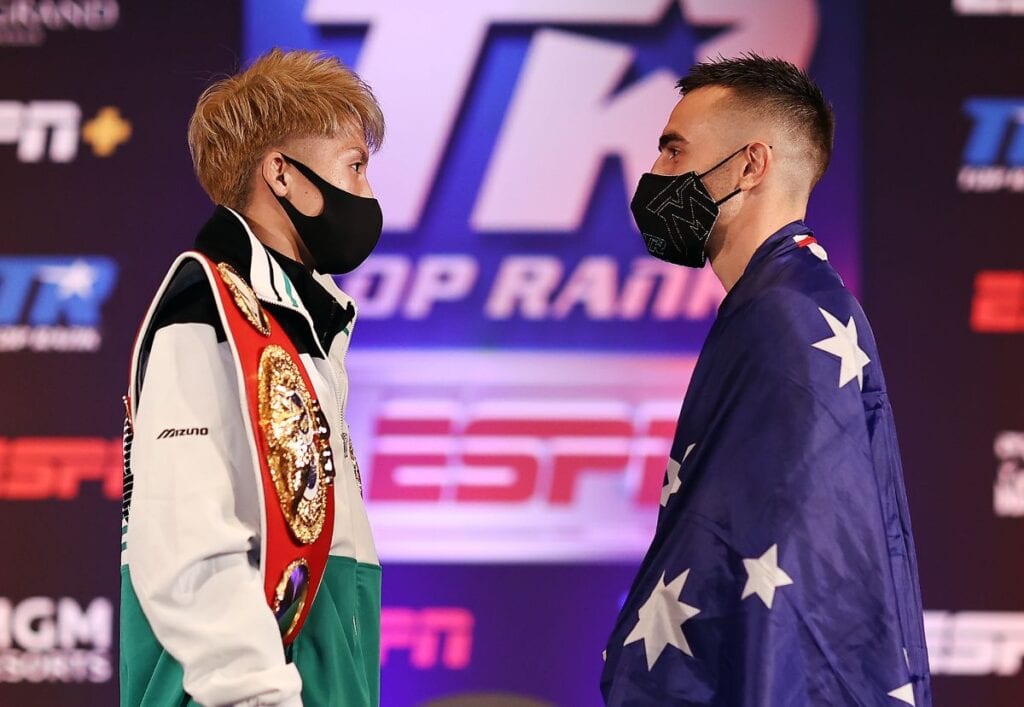 Can Jason Moloney Withstand “The Monster?”

And, we are ready to preview that fight and everything happening this weekend on the Big Fight Weekend podcast.

I’m joined by first by, Showtime Boxing analyst and Hall of Famer, Al Bernstein, who’s ready to talk about the Saturday night PPV battle in San Antonio, TX, between Gervonta Davis and Leo Santa Cruz. That bout is for the WBA Welterweight Title is a classic battle between a young star and a veteran, multi-division champ.

Next up, Sr. Writer Marquis Johns of BigFightWeekend.com takes over with his one on one interview with the 118 lb. challenger in Vegas, Jason Moloney

Moloney will be the underdog in Las Vegas on Saturday night against the WBA/IBF 118 lb. Wolrd Champ, Japan’s Naoya “The Monster” Inoue. Still, why is Moloney so confident that he will take the unbeaten Monster’s best shots and pull the upset? He shares more with Marquis.

Inoue is the significant betting favorite with odds listed at an average of -1000, while Moloney’s odds are listed at +600 currently at sportsbettingdime.com

In their conversation, Moloney told Marquis,

“Obviously a lot of the talk is around Inoue. We’re here to “spoil the show.” We’re here to show what we’re capable of. We think we got what it takes to beat him and become the #1 Bantamweight in the world. We’re very excited about this opportunity. We’ve worked very hard. And, we’re ready to prove a lot of people wrong.”

Inoue, 19-0, 16 KOs, comes in off winning the World Boxing Super Series Bantamweight tournament finale’ last November in Japan by defeating Nonito Donaire by 12-round decision to unify the WBA and IBF World Championships.

However, Moloney, 21-1, 18 KOs, does have an advantage in terms of the setting and the situation. This, as he was victorious in June with a 7th round TKO over Leonardo Baez in Top Rank’s Las Vegas “bubble” to put him in place for the Unified title shot. So, he’s familiar with the process of entering the MGM Grand Conference Center for testing, quarantining and the secluded final days before the showdown with Inoue Saturday night, U.S. time.

Now, we’ll see if he can take the hard punching Inoue’s best shots, especially early in this one.

Marquis and I give you the full breakdown of Inoue-Moloney, the Showtime Davis-Santa Cruz PPV in Texas, and the Heavyweight Usyk-Chisora matchup in London earlier in the day U.S. time on our show.

Make sure to subscribe/5 star rate and review us, via Apple Podcasts here!