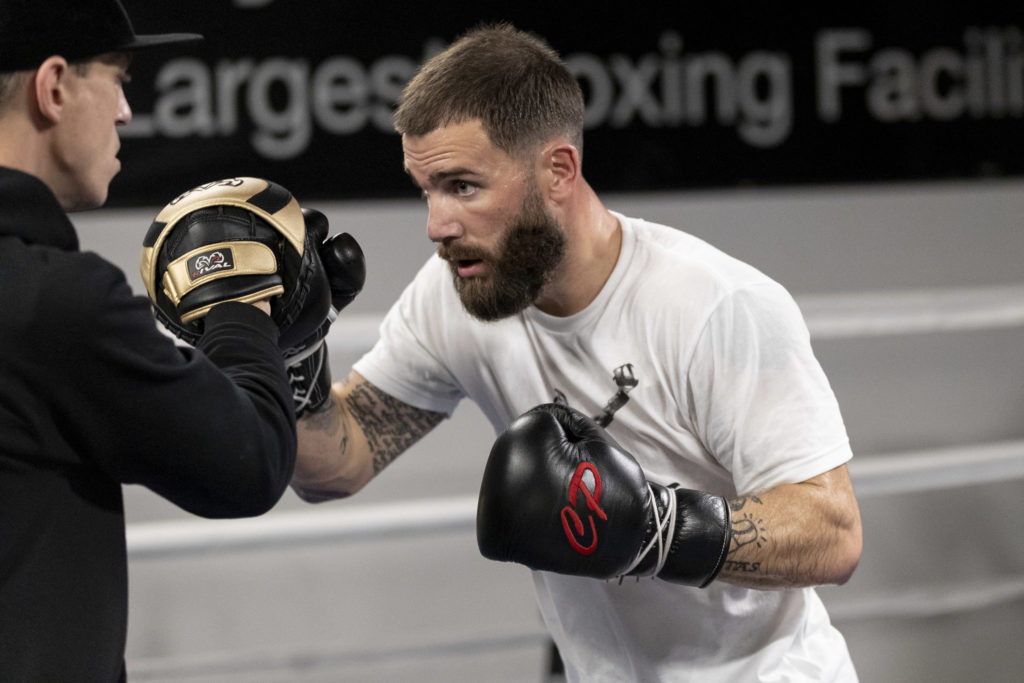 Undefeated IBF champion Caleb Plant held a virtual media workout yesterday and has made it well known that he will be a problem when he takes on super middleweight unified champion Canelo Alvarez on November 6 at the MGM Grand Arena in Las Vegas.

The Showtime PPV will be Plant’s 4th title defense of the IBF belt and was last seen defeating Caleb Truax back in January. The winner of the November 6 bout will stamp his name in the history books as the first undisputed 168-pound world champion of the current, four-belt era.

“There are a lot of things that I possess that are going to give him issues in the fight. Every fighter says this is their best camp, but I am honestly saying that. I’ve had no injuries, amazing sparring and I’m ready to rock,” Plant said at the virtual workout Wednesday.

“I have a big opportunity ahead of me. I haven’t taken any shortcuts in my training. I’m prepared physically, mentally and spiritually. I’m just locked in.”

What makes this latest fight for Canelo feel different than recent others is the build-up leading into it. While both have wanted to move on from skirmish, Plant did mention what a lot of fans felt in some fights with previous opponents against Alvarez.

“There have been some guys who lost before the bell even rang against Canelo,” Plant said. “I think that’s why he’s so irritated with me. Some guys just come in and are there to hand over their belt, get their check and leave. Anyone who knows me, they know I’m only here for those belts.”

“He says the first few rounds will be tough, but I’m saying all the rounds are going to be tough for him. He’s got a tall order in front of him. Me and my team are focused and ready. I’m just encouraging everyone to tune in, because it’s going to be fireworks.

This contest kicks off the opening weekend in November and history will be made when both Plant and Alvarez square off.