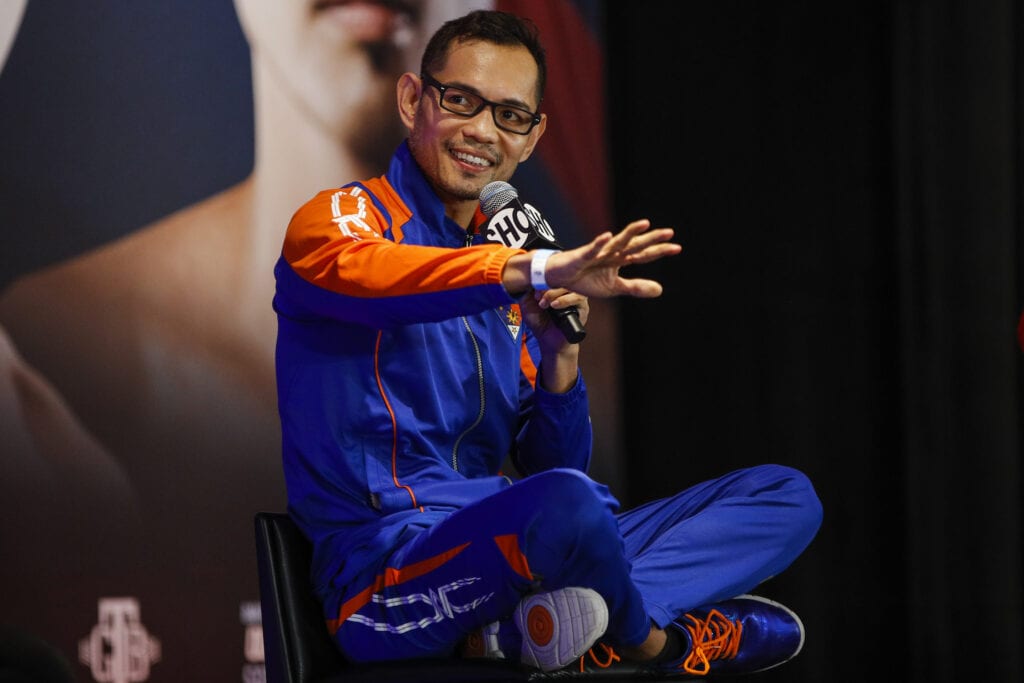 WBC Bantamweight World Champ Nonito Donaire won’t get a unification bout in December, but a report Thursday afternoon says he’ll be in the ring with an unbeaten fellow Filipino fighter.

Ryan Songalia of The Ring reported online that Donaire will meet Remart Gaballo on the second Saturday in December and likely in either England or the Middle East.

The fight will headline a Showtime Championship Boxing triple header, as was first reported by Keith Idec.

Donaire (41-6, 27 knockouts) is coming off a crushing knockout of the previously unbeaten Nordine Oubaali in May to lift the title, while Gaballo (24-0, 20 KOs) was less convincing in winning the interim title by split decision against Emmanuel Rodriguez last December.

Gaballo, who is co-promoted by Sanman Promotions and MP Promotions, hails from General Santos City, Philippines, the same hometown as Donaire’s father Nonito Sr. Gaballo, 25, is much younger than Donaire, who turns 39 next month, but has not nearly fought nearly as difficult competition as the future Hall of Famer Donaire.

Donaire had been in talks to fight a unified title bout with Filipino WBO World 118 lb. champ Jon Riel Casimero, but Donaire’s camp continued to question Casimero’s refusal to enter the WBC’s VADA (Voluntary Anti-Doping Association) pre-fight program. This is due to Donaire’s belief that Casimero, 31-4, isn’t training legitimately and without PED help. And, so, that bout has never been made.

Casimero, for his part, has always maintained that he has never tested positive for anything. And, he most recently defended his WBO title in a lackluster 12 round decision against Guillermo Rigondeaux back in August.

Meanwhile, Donaire, 41-6, 27 KOs is a hot commodity, again. This is due to him making Bantamweight history in California in May, as he became the oldest World Bantamweight Champ ever with a 4th round KO of previously unbeaten WBC champ, Nordine Oubaali. Donaire scored two knockdowns in the third round, with the second one coming controversially just after the bell.

The fight that most would be interested in, assuming Donaire defends successfully in December is a rematch with Japan’s Naoya “The Monster” Inoue who has the WBA and IBF Bantamweight titles.

They fought a hotly contested 12 round battle in Japan for the World Boxing Super Series finale’ at Bantamweight in December of 2019. The unbeaten Monster defeated the veteran Donaire by decision in a wild fight where both fighters were hurt and Inoue overcame a fractured eye orbital to get the unified titles.

Donaire and Inoue would likely fight in Japan again, where “the Monster” is a massive fan favorite.