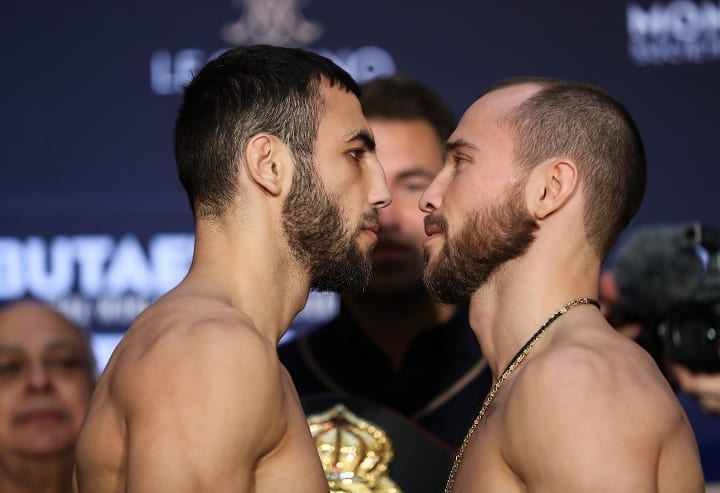 Recently, Butaev and his team were informed that the ‘B’ sample from Besputin also contained LGD-4033 (Ligandrol). The ‘A’ sample contained the same prohibited drug when the finding was announced in January.

Besputin was declared the winner of their hard-fought bout by unanimous decision by scores of 116-112 on all three judges’ scorecards.

Said Butaev, “As I said previously, I’m not surprised. First of all, my manager and my team always insist on VADA testing. It is a standard procedure for a world title fight. Since 2013, starting with most of the fights that our teammate Ruslan Provodnikov participated in and most other fights of significance involving boxers from our team we always insisted upon mandatory anti-doping testing.

This drug that was in his system, has been banned by all doping agencies in the world and has never been legal.”

“After consultations with several doctors and pharmaceutical specialists in the states, we were made clear what this drug was and how it was very difficult to obtain and that it is usually used by athletes to significantly increase stamina, endurance, and strength during a competition or training.

And the fact that this substance was found in a urine test is enough to know that this was not consumed by mistake in training camp in advance.”

Continued Butaev, “For me, this is now in the past, and even though this is not pleasant, all I think about now is taking back what’s mine and becoming a real champion, a champion that knows that he got his world title in a fair and honest competition of boxing, man vs. man!”

“From the moment Besputin refused to start VADA testing for weeks before the bout, even after I paid all the fees for him and myself, he still did not want to sign and return the VADA paperwork, I believe that whatever he and his team were hiding literally helped him survive our fight, but justice has triumphed.”

“Now I am primarily concerned about having my next fight for the world title. I consider it very inappropriate to disrespect the sport of boxing, the fans, my team and his own team and I do not see any excuses. I hope that the WBA will issue their resolution on this situation and announce my opponent for the world title soon and I am ready to go, I will fight anybody, it doesn’t matter to me, I just want my fair and clean chance to achieve my lifelong dream of becoming a world champion.”

Stated manager Vadim Kornilov, “Radzhab’s dream is to become a world champion and on a level playing field there is no doubt that he can beat anybody in the division. The next step is to work through the procedures with the WBA and await Radzhab’s immediate fight with the top-rated contender for the WBA World Title.”