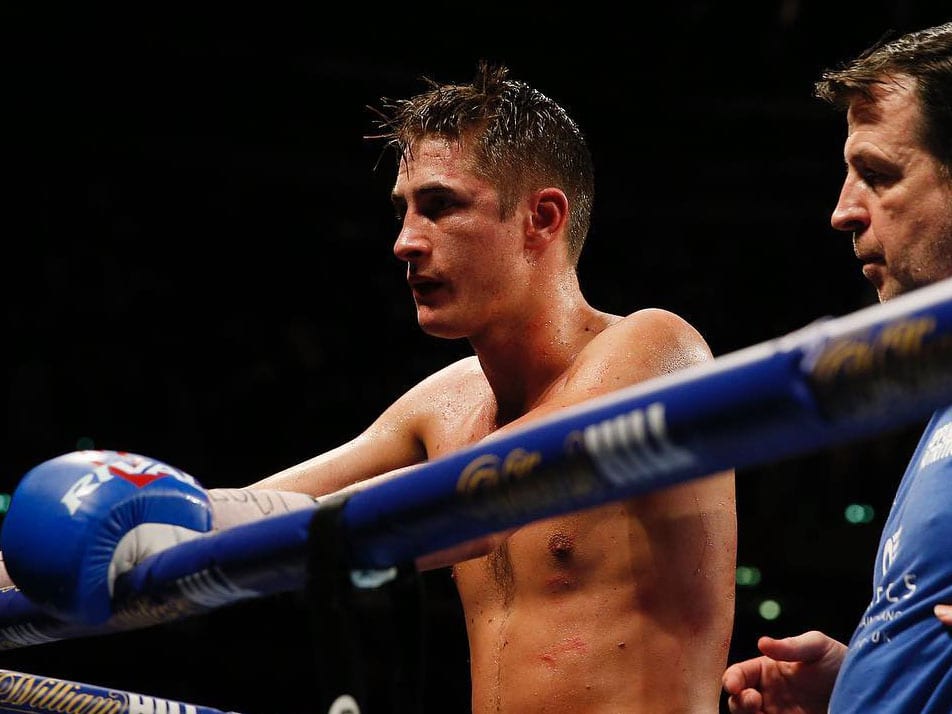 ‘The Hammer’ (24-1, 11 KOs) takes his place in the eight-man tournament that kicks off at the Brentwood Centre on December 14 – broadcast live on Sky Sports in the UK in association with Matchroom Boxing and on ESPN+ in the US in association with Top Rank.

As he gears up for his second fight of the year, Burton is ready to unleash the frustration of being avoided by the big names.

HAMMER STRIKE? 🔨@Hosea_Burton is full of confidence ahead of the #GoldenContract and beyond…

Burton said: “Winning this tournament would put my career back to where it should have been three years ago, so this is a must-win tournament.

“This will put me where I need to be. I’ve been ducked and avoided for three years now and this will be big for me.

Burton like the others participating in this tournament are after the grand prize which is a two-year, five-fight deal that guarantees six-figure purses for every fight along with global exposure.

“It’s exciting now the line-up is complete and I just can’t wait for it all to happen. It’s not an easy tournament because there are a few dangerous names in there, but I’m more than capable of winning it.

For Burton it is what he is looking forward to to enhance his career.

“At the end of this tournament, there’s a huge contract. What lies beyond this tournament for me will be big nights and world title fights either here or in America,” Burton said.

“That’s what I want out of this and that’s what’s going to happen.”

The all-important #GoldenContract draw takes place next Wednesday, December 10 and also includes Liam Conroy, Steven Ward, Bob Ajisafe, Tommy Philbin, Serge Michel, Andre Sterling and Ricards Bolotniks. That is when Burton and the others will know who they will face off against.

Arum speaks on worldwide boxing shows in 2020
Billel Dib talks matchups with Santa Cruz, Alvarado
Advertisement
To Top
We use cookies to ensure that we give you the best experience on our website. If you continue to use this site we will assume that you are happy with it.Ok