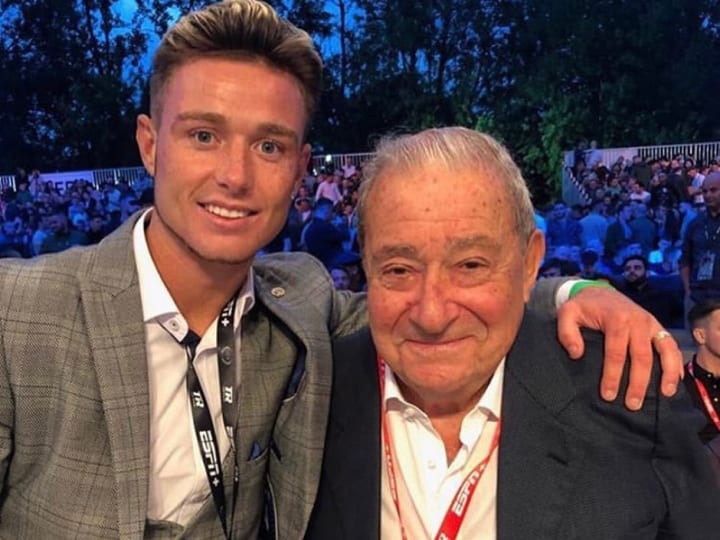 Top Rank Boxing CEO Bob Arum has been making the media rounds this past week, and one of the talking points he emphasized was that he has plans to take his boxing not only across the country but the world.

“The market for boxing around the world is huge, and we have 30 dates to fulfill for ESPN and ESPN+ so I would like at least 10 of them to be overseas,” Arum stated to the media recently and Boxingscene.com.

During the week of Thanksgiving, this took some for a loop due to an article written by Lance Pugmire of The Athletic rehashing the expansion. This focus isn’t new coming from Arum as this has been in motion to anyone who has been following boxing shows seen on ESPN+ in the United States. Top Rank earlier in the year joined forces with MTK Global to broadcast their shows to help fulfill those 30 dates. Arum has been shown sitting ringside at MTK Global telecasts in Dubai and Kazakhstan this year alone since the multi-year agreement was made official.

.@BobArum has been talking about worldwide expansion since ever.

Even if you missed that, he's been at @MTKGlobal shows overseas this year…

You all just found that out today?#boxing #oldnews

Arum gave details of the possible fight matchups across the world that we can all see in the upcoming year.

“If (Carl) Frampton is successful hopefully Frampton and (WBO super featherweight champion Jamel) Herring will fight in Belfast,” Arum stated. Shakur (Stevenson) we are looking to make with (IBF featherweight champion Josh) Warrington and that fight would take place in England, so yeah. Kazakhstan wants fights. Chechnya wants fights so yeah, we are poised and ready to get on planes and put fights wherever.”

Jamel Herring is looking forward to that Belfast matchup and has mentioned as much after Frampton was victorious Saturday night.

After the cameras stopped rolling, @BobArum hit me to gut with a good right hand for this 👊😂@trboxing pic.twitter.com/1XPd6vqoup

Arum feels taking some of the matchups worldwide would help boost the fights from just good fights to special events.

“It is more than just that. When you have a fight here in the United States in Las Vegas or New York – they are used to big fights so it is not a particularly huge event but it is a good fight. But it is not like when you bring the fight overseas where it is a special event. Doing it as a special event the interest and money is increased,” Arum said to BoxingScene.com.

If you read between any of the lines Arum has said in all of this, I’ll repeat the last part where he says the “money is increased”.  Follow the money and for Arum and Top Rank, that currency just needs to be converted from wherever the overseas fights are.

New Saudi stadium ready to host Ruiz-Joshua
Burton ready for Golden Contact quarterfinals
Advertisement
To Top
We use cookies to ensure that we give you the best experience on our website. If you continue to use this site we will assume that you are happy with it.Ok