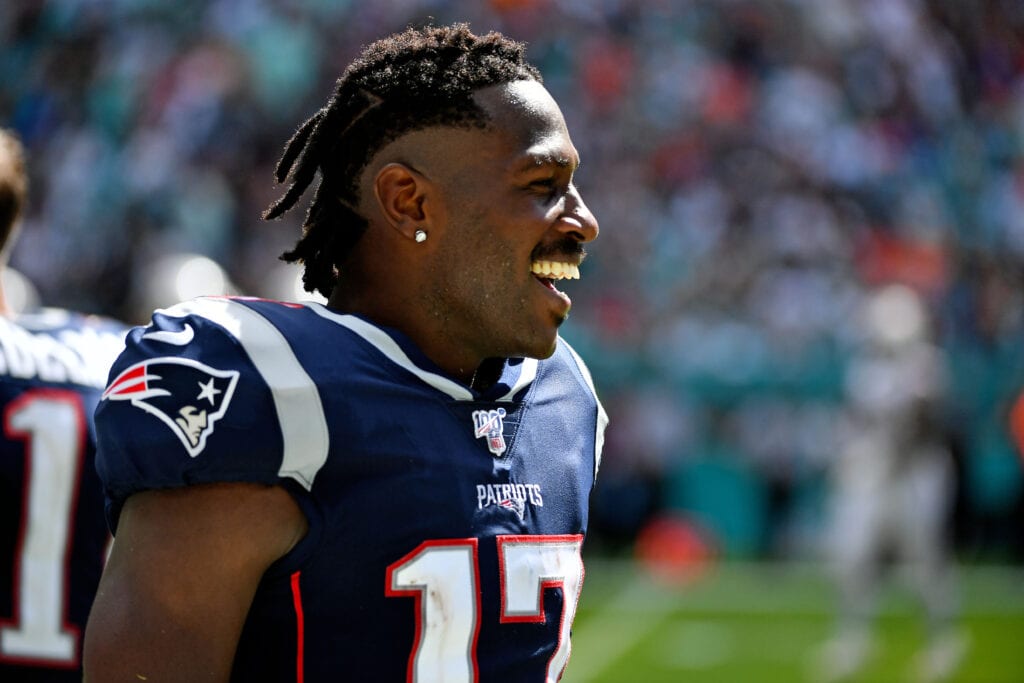 Brown vs. Logan Paul- Who asked for this?

Don’t let the picture fool you. This is a boxing story that deals with former NFL wide receiver Antonio Brown hinting that he is preparing for a fight against winless Youtube star Logan Paul.

Who asked for this?

This feud started on social media when the former Pro-Bowl wide receiver told Paul to “square up.” Paul who is coming off a close decision against Youtube rival KSI fired back saying “I’d drop you faster than the Patriots”, referring to his 13 days on the team this season.

i’d drop you faster than the patriots https://t.co/Vv592JRkxk

Brown had on his social media page that the streaming service DAZN picked up a recent training session hitting mitts in the ring at the Punch Elite Fitness gym in Miami. DAZN, who would be carrying the fight, have this potential match slated for sometime in April.

Online sports betting information platform Odds Shark listed Paul as a -2000 favorite, and Brown as a +1000 underdog, immediately after the feud started. And, if you see the video below, you’d have a hint why:

Antonio Brown getting some work in on the pads ??

Not because Brown isn’t a talented athlete, but because for the proposed fight for April Brown will have only three months of training camp compared to the years of experience for Logan Paul has had training a fighting a couple of times.

“Antonio Brown is in a position where he can definitely use this fight,” Paul told a handful media and fans in Los Angeles last week during a press event announcing his brother Jake Paul’s pro boxing debut later this month on DAZN against YouTuber AnEsonGib.

For Brown, who most tend to forget was the first one out on the hit Fox signing competition “The Masked Singer” in it’s first year, this is something he can do to re-make a new career. That’s seeing that his last one in the NFL seems to have come to halt.

More than likely, this will just be another circus act that will march thru town and onto another DAZN boxing card in their efforts to pick up viewership.

How much, we’ll never know, but like driving by a car accident on the highway, you have to take a glance and this one would be no different.

“A.B. and I are having some minor head butts,” Paul said. “It could turn into something very real, but right now I think we can put on the best f—— show of 2020 … I may be delusional and optimistic, but the crossover between the massive digital audience and the mainstream audience A.B. brings would be f—— insane … He’s one of the best f—— athletes in the world. His ability to pick up a new sport like boxing, I’d imagine it would be pretty quick. For sure he would be ready to go with three months of training.”

If the goal is to have this be the worst thing I’ve seen in a boxing ring, they’ve got their work cut out for them. Brown-Paul more than likely will rank below this “Celebrity Boxing” match whenever the bell rings.