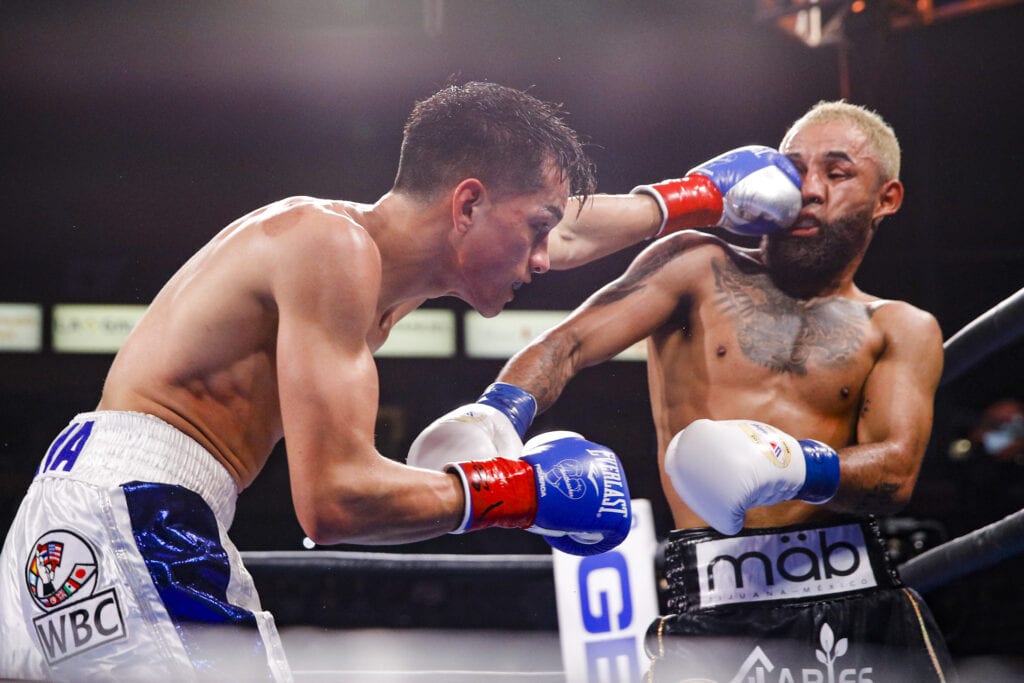 Brandon Figueroa is the newest titleholder at 122 as he captured the WBC strap at 122 pounds by stopping Luis Nery in the seventh round Saturday night.

The official time of the stoppage was 2:18 in the seventh round.

The Super Bantamweight title contest that came from the Dignity Health Sports Park in Carson, California that aired on Showtime placed Nery’s WBC title and Figueroa’s secondary WBA title on the line with the winner getting a unification bout in the fall with Stephen Fulton. The main event was the first one for Showtime that was outside the “Fightsphere” to what was mentioned on the broadcast “The Punch Bowl”.

They’ll be at Dignity for a few more shows, let’s see if that catches on, but the limited crowd that was on hand was great to hear and was audibly heard through the broadcast.

Once the bell rang, the keys looked to be pretty similar to the co-main event before it with Nery looking to keep it in close quarters, while Figueroa was looking to use his height and reach advantages to his benefit. The opening round almost ended with a knockdown of Figueroa, but was ruled a slip by referee Thomas Taylor in the closing moments.

? Luis Nery goes down in the 7th and @BrandonLeeFig gets the biggest stoppage of his career. #NeryFigueroa pic.twitter.com/gaTksU2dIf

By the third round both guys were standing and trading toe to toe but there wasn’t a lot of it connecting. Still, on the inside, Nery, who is now 31-1, looked to be able to do his best work as the distance to land wasn’t a problem. The 24 year old Figueroa however was able to counter inside and keep up the relentless pressure and solid uppercuts. We had another slip early in the fifth round. Nery in the fifth was able to bob and weave Figueroa, who was throwing but this changed when the sixth round rolled around as it looked to be his best of the round.

Figueroa, now 22-0-1, from the beginning of the seventh round kept the pressure going on Nery and was able to land some hard shots and finally sent him down with a nasty left to the body. And, that was the end of the night for Nery, as he couldn’t beat the referee’s ten count signaling the end of the fight. The judge’s scorecards had Nery, who was making the first defense of the vacant WBC belt he won late last year,  up on two with a third judge having it all even at the time of the stoppage.

“The plan was to break him,” said Figueroa post fight to Showtime. “My corner told me to pressure him and that he wouldn’t last. That’s exactly what happened. I knew he was getting tired, he was trying to box me. I saw him breathing heavy. My team just said it was time to go get him.”

Read more here on Luis Nery being taken to the hospital by ambulance after the body shot.

Fulton said before the fight he wanted Figueroa over Nery and with this result, gets his wish.

“I prefer Brandon because it is long overdue”, Fulton said in a conversation leading up to the main event.

Looking forward to that contest that is slated to take place on September 11.