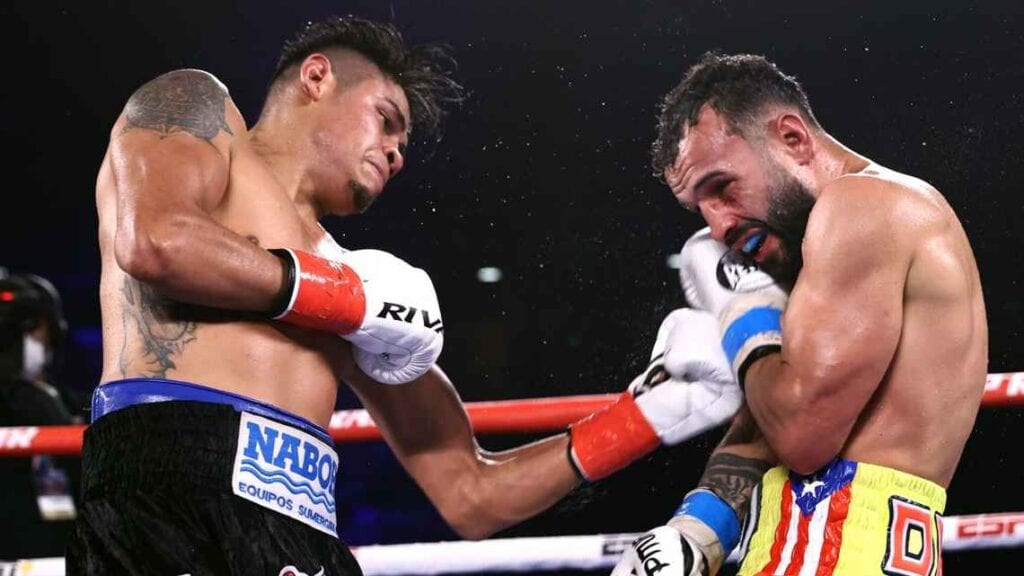 Boxing musical chairs continue as Emanuel Navarrete and his latest contest against Joet Gonzalez has been pushed up a day to October 15.

Keith Idec of Boxingscene reported that the WBO 126 pound champion Navarrete was slated to take on Gonzalez at the Pechanga Arena, the venue formerly known as San Diego Sports Arena on the 16 of October but was bumped for Grammy award country duo Dan + Shay. For those in boxing keeping score, this should come as no surprise as events from all forms of entertainment lockdown venues to close out the 2021 year hampered by the pandemic. Per Idec’s report, the 16,000 seat arena will be scaled to half of that for this fight card.

In terms of broadcasting, the streaming service ESPN+ was showing the fight and not regular ESPN due to college football so nothing will change on that front which made the date switch not an issue for the worldwide leader in sports.

Emanuel Navarrete was last in action in Kissimmee in a stoppage win of Christopher Diaz in his second defense of the featherweight title back in February. Gonzalez will once again get a second crack at the featherweight title as he lost to Shakur Stevenson by a wide points decision when he was challenged for it back in 2019. That lone loss for Gonzalez’s career  (24-1, 14 KOs) was redeemed last time he was in the ring as he defeated Miguel Marriaga last September.

Navarrete 34-1, 29 KOs) is on a 29 fight win streak that dates back to 2012 when he last lost to Daniel Argueta early in his career. He will be the overwhelming favorite in this one as Gonzalez is the mandatory challenger in this latest defense. Navarrete has been knocking down everyone Top Rank has been putting in front of him as of late and this looks to be more of the same until he gets a chance at unification hopefully in 2022.