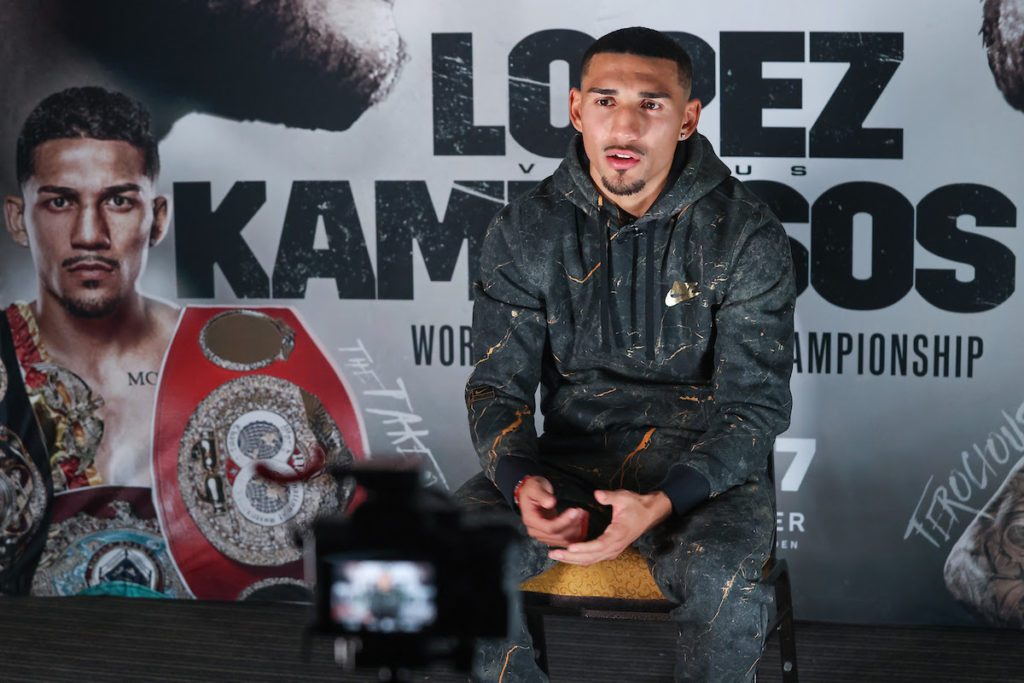 Teofimo Lopez has warned George Kambosos Jr. that ‘God will humble him’ for disrespecting his family when he defends his IBF, WBO, WBA, WBC Franchise & Ring Magazine World Lightweight titles on Saturday night (November 27) at the Hulu Theater at Madison Square Garden in New York, live worldwide on DAZN.

Lopez (16-0 12 KOs) finally puts his belts on the line against his IBF mandatory, ending a long-running saga between the champion and the unbeaten Australian, with two previous attempts to stage the fight having fallen through.

‘The Takeover’ has been out of the ring for over a year since adding Vasiliy Lomachenko belts to his IBF crown in Las Vegas last October in a stunning display and returns to his city of birth where he set up that fight with a brutal KO win over Richard Commey at MSG in December 2019.

The 24-year-old is out to prove that he’s the new people’s champion following in the footsteps of the great Muhammad Ali – and he’ll show that with a punishing KO win over ‘Ferocious’ Kambosos Jr.

“You have to know your place and on Saturday, God is going to humble this man, through me,” said Teofimo Lopez. “A lot of these people are so ambitious and that’s OK, you have to be. But the thing is, sometimes you don’t get it because you probably won’t carry it the right way. You’re not going to be a people’s champ. You’re going to spend your money on yourself rather than giving back like a lot of fighters do.

“It’s all about being the people’s champ. Ali was the greatest of all time for those things. He made a strong, strong impact on the sport, so for George, I have no respect for him at all – at all.

“The amount of disrespect from him, you disrespect my Mother? I told them, I warned him, his manager ‘don’t talk about my family’. I said they can say anything else, talk sh*t about me, say I am a cockroach, an ant. But once you cross that line, that barrier; f*ck his manager Peter Kahn and f*ck George Kambosos Jr.

“I’m thankful that DAZN has picked up this fight, I’m thankful for Eddie Hearn and everyone that has played a role in this one. I’m in the zone and on DAZN. It’s a blessing to be here but it’s time to start putting people in their place, and time that they sit down and be humble. I’ve been humbled and I am humble. There comes a point that you just have to smack these guys.”

Teofimo Lopez and  George Kambosos clash on a huge night of action in New York, with chief support provided by the battle for the vacant IBF World Super-Featherweight title between Azinga Fuzile (15-1 9 KOs) and Kenichi Ogawa (25-1-1 28 KOs).

Jessica McCaskill-Victoria Bustos Set For December
Brandon Figueroa On Being Doubted- “I Know What I’m Capable Of”
Advertisement
To Top
We use cookies to ensure that we give you the best experience on our website. If you continue to use this site we will assume that you are happy with it.OkPrivacy policy