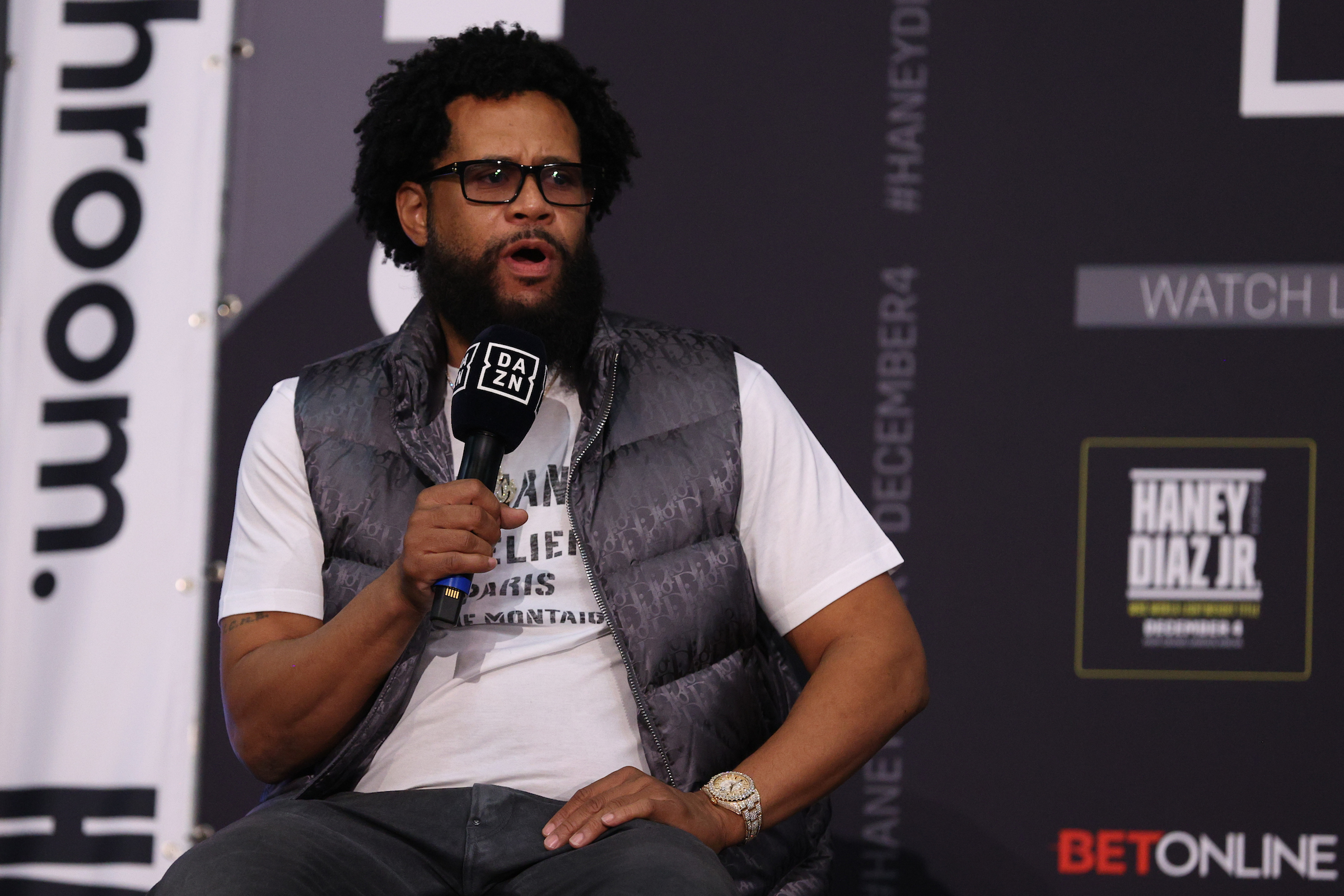 Bill Haney Says Son Devin Will Be Fine Without Him

If there has been one constant in Devin Haney’s life and career it has been Bill Haney, his father and trainer.

Yet, when Devin gets in the ring for by far the biggest fight of his career, the man he looks to for guidance is unlikely to be there offering counsel and direction.

Devin, who holds the WBC lightweight title, arrived last week in Australia ahead of his undisputed championship unification fight with three-belt world champion and Australia native George Kambosos Jr., but Bill is not there and unlikely to be.

He has so far been denied a visa to enter Australia due to a drug conviction some 30 years ago, long before his son was even born. But Australia has strict immigration rules and he is resigned to the prospect of not being in his son’s corner when he and Kambosos fight on June 4 in American prime time on ESPN at the 50,000-seat Marvel Stadium in Melbourne, where the fight will be on pay-per-view in the Australian afternoon of June 5.

As hard as it was, Bill saw his son off to Australia and said he believes he will thrive in the situation.

“Devin gets better when he faces adversity. This was a 1992 conviction that was well before he was born, but I think that this is now going to propel Devin to bring out the best in Devin. It was hard to let him go though.

“I would say that it’s just like sending away your kid to go to college, but that wouldn’t be true. It’s a little bit more than that. But when it comes to sending away your kid to go to war it’s not quite as extensive as that. It’s a whirlwind of emotions that we’ve been going through as a father and son and as a trainer and a fighter, but we plan to overcome this adversity like we have every time before.”

It is not 100 percent certain that Bill won’t be able to travel to Australia, although it does not look good. There are people working on his behalf in an effort to get him a visa.

“I’m optimistic about maybe even me eventually being able to go out there,” Bill said. “It’s still up in the air. I haven’t been totally denied, but in the event I’m not able to be there, there’s suggestions on what way I can talk to him in the corner. But he’ll be ready. That’s the main thing.”

They plan to, at the very least, speak to each other via video conference in the dressing room before the fight. In Bill’s place, assuming he ultimately cannot make the trip, will be Yoel Judah, a close friend of the Haney family and a noted trainer in his own right. He trained his sons as pro fighters, including Zab Judah, who won world titles at junior welterweight and welterweight, where he was the undisputed champion.

“It’s always been a great relationship,” Bill said. “Zab is Devin’s godfather. Their relationship was blessed in front of God. Yoel has been like a grandfather (to Devin). He’s been like a father figure to me both in this boxing game and the way that we approach life and being 100 percent behind our sons, so I knew Yoel was going to be the perfect fit to go to war. Yoel is not going to shy away from that moment. That moment is not going to intimidate him. He’ll be ready to go and ready to deliver any messaged needed to Devin.”

Kambosos (20-0, 10 KOs), 28, will be making his first defense after outpointing Teofimo Lopez in November in a fight of the year contender to take his belts in a major upset.