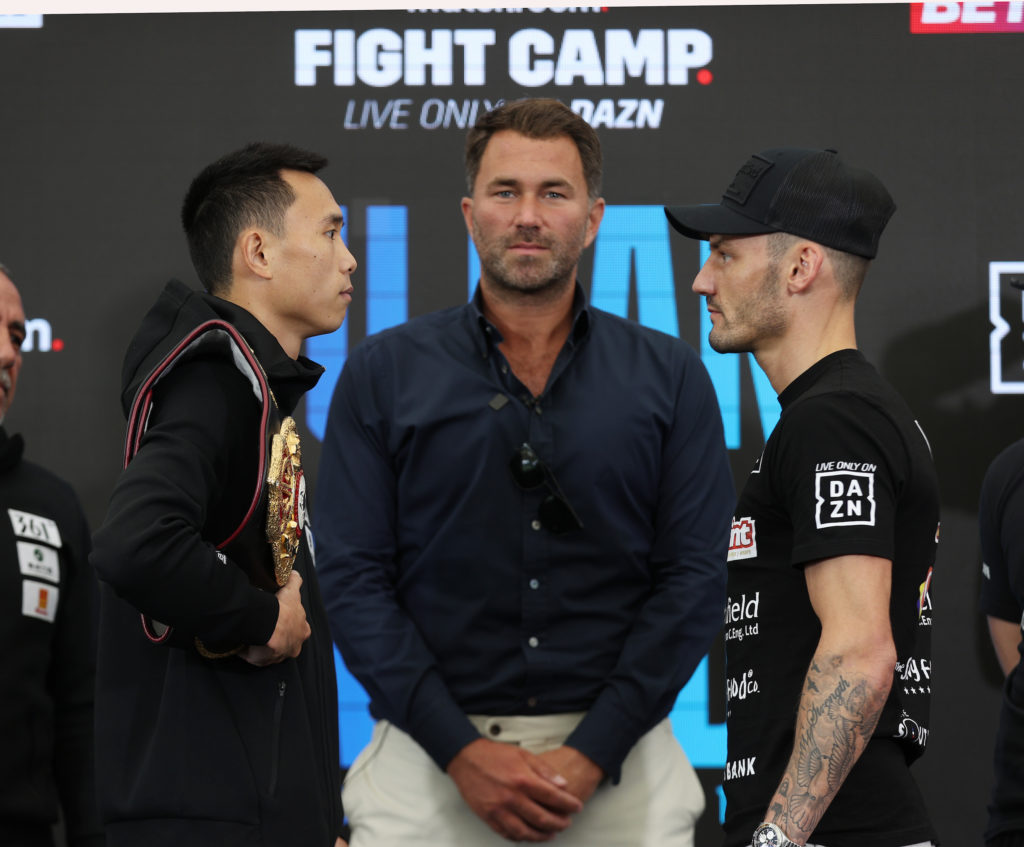 In what is becoming an all-too-familiar theme in recent weeks, another prominent British fighter has had his main event cancelled. This, as unbeaten Welterweight Connor Benn tested positive for Covid 19 Thursday morning prior to the Matchroom Boxing show Saturday night in Suburban London.

Matchroom promoter Eddie Hearn made the video announcement that the main event fight for the reboot of his “Fight Camp” series is off after Benn got the news of his positive status,

BREAKING: Conor Benn has tested positive for COVID-19 and is out of Saturday’s Fight Camp main event vs. Adrian Granados. New date to be announced shortly.

“Conor Benn is in good spirits. He feels well. Of course, he’ll obey the isolation rules and reset, reschedule his fight with Adrian Granados. We’ll make further announcements on that very soon. But for now, we move forward to the press conferences and look forward to a huge night Saturday night.”

The unbeaten son of the former two-division world champion Nigel Benn is a rising star at 18-0, 12 KOs, who was expected to dispose of the veteran Granados easily, anyway. The bout was headlining the televised show on DAZN worldwide from the backyard of Matchroom’s headquarters in Essex, England.

Benn’s last time out was in April, when he took just 1 minute and 20 seconds to wipe out Samuel Vargas inside the opening round.

Instead, WBA “regular” champion featherweight Xu Can looks to defend his strap for the third time, facing off against British challenger Leigh Wood. That fight will now be the main event.

The Chinese Featherweight comes into the bout on an impressive 15 fight win streak, recently edging out Manny Robles III in a classic brawl back in 2019. WOOD comes into the fight off a win against fellow countryman Reece Mould, having lost before that to an impressive Jazza Dickens in a failed bid to defend his WBO European Featherweight title. The gritty Brit will be wanting to put a stop to the Xx Can train and re-establish himself as a top Featherweight contender.

Tough news for Been and once again, COVID this month has gotten more stoppages than Mike Tyson during his reign in the 80s. This also is the 2nd main event this week alone that has been rearranged because of it as the Premier Boxing Champions has to change their main event as Gerald Washington was replaced with Johnathan Rice to challenge Michael Coffie this weekend for the same reason.