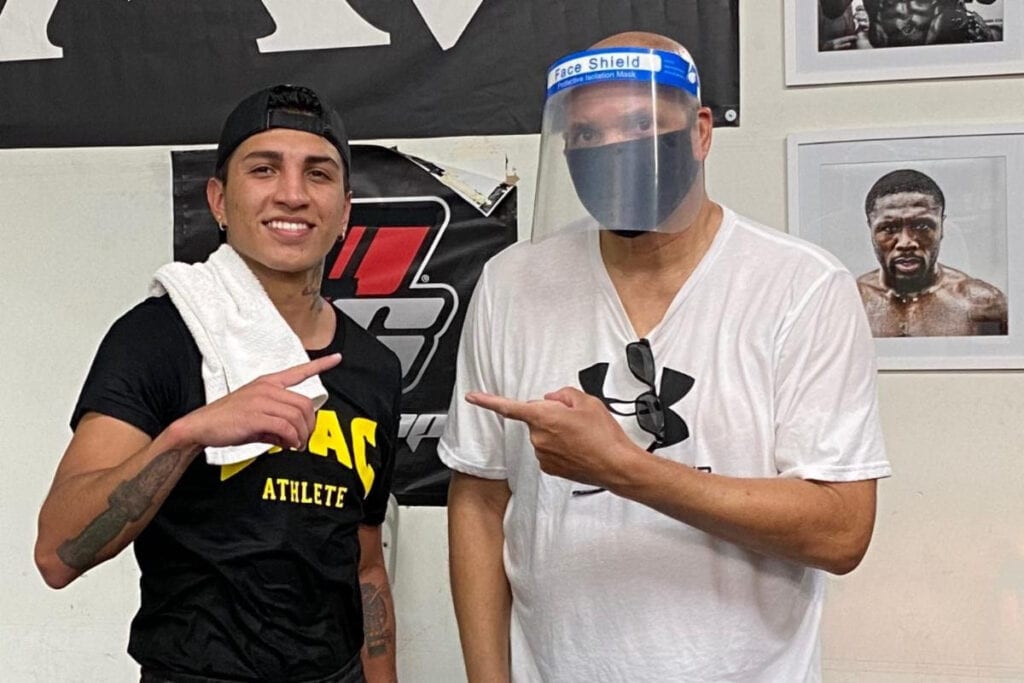 Barrios in training camp to prepare for Karl

Undefeated WBA Super Lightweight champion, Mario “El Azteca” Barrios (25-0, 16 KOs), has arrived in the Bay Area, CA, to start training camp with his coach, 2011 Trainer of the Year, Virgil Hunter. Barrios is scheduled to defend his title against Ryan Karl (18-2, 11 KOs) in a 12-round bout as part of SHOWTIME / Premier Boxing Champions PPV Doubleheader on September 26, 2020.

“I’m extremely excited to be defending my title on SHOWTIME against a tough opponent like Ryan Karl,” said Mario Barrios, who was the first fighter to capture a world title from his hometown of San Antonio, TX, in the last 25 years. “I wanted to get a full training camp with Virgil, so I made the decision to get out to the Bay Area as soon as my fight was announced.

Right now, Virgil and I are working on a great strategy for this upcoming fight. I came to camp in great shape as me and my dad Martin were putting in a lot of hard work back home. I’m going to be ready to put on a great performance come September 26th.”

Mario Barrios captured the WBA Super Lightweight title with a gritty performance last September, defeating a tough undefeated fighter in Batyr Akhmedov, a fight that happened close to a year ago. Barrios is ready to take his career to the next level.

“Now that I’m champion, I’m working harder than ever to keep my belt.” Barrios continued. “I more dedicated now than ever to stay on top. I know with hard work, I’ll become one of the biggest names in the sport. I’m very grateful to my team and the fans for all their support. Everyone can expect me to take my career to new heights.”