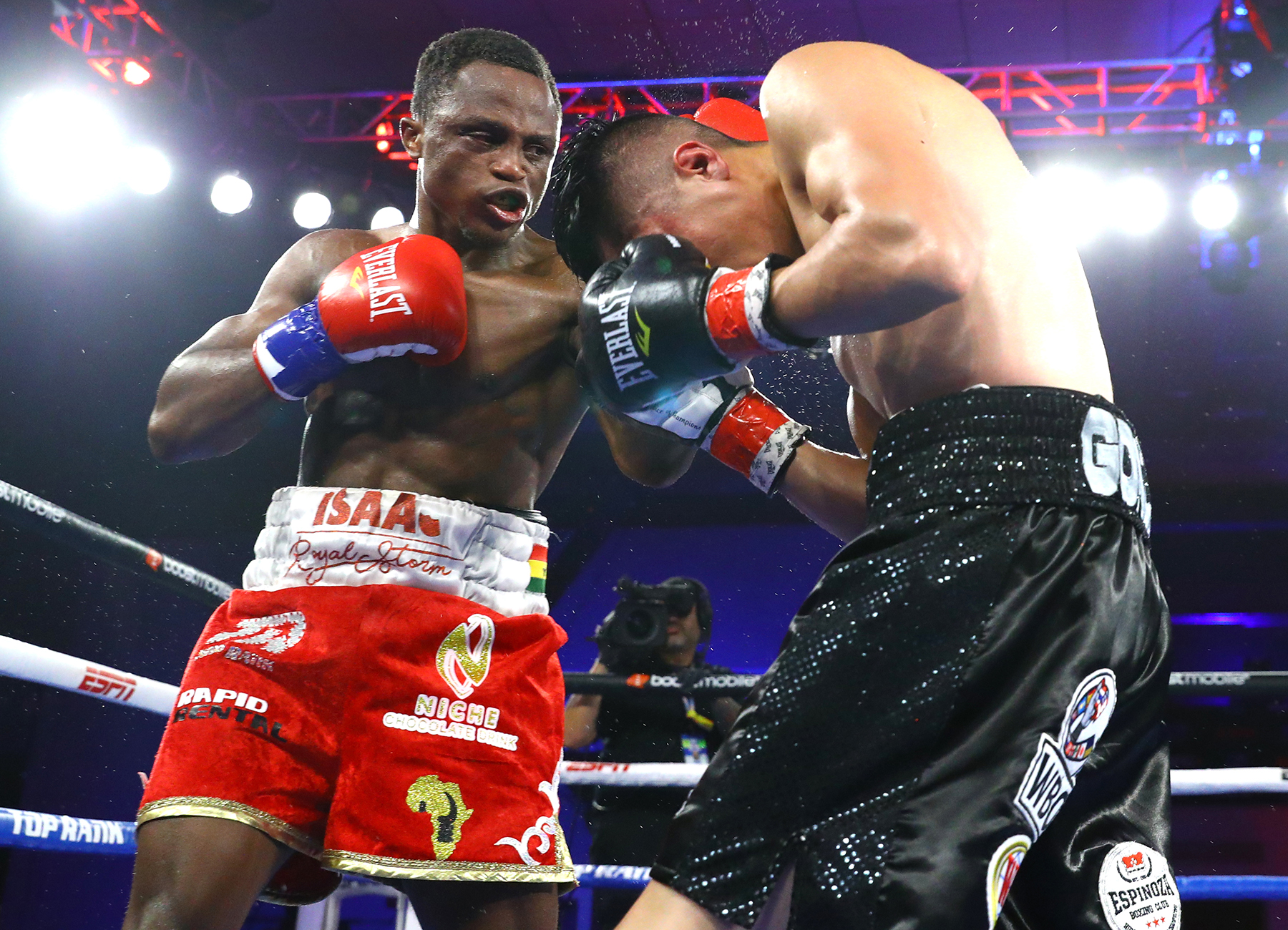 You know I love boxing memorabilia, so we began with a discussion about the news that Indianapolis Colts owner Jim Irsay was the winning bidder late Saturday night on Muhammad Ali’s WBC heavyweight title belt in a Heritage Auctions event that was filled with Ali memorabilia (some of which I had been interested in purchasing). Irsay paid a mind-blowing $6.18 million (including the buyer’s premium).

Hear the full podcast by clicking play below,

We went over all aspects of Dogboe’s important win over Gonzalez, including how critical trainer Barry Hunter was to his success and what might be in the future of Dogboe as well as Gonzalez? The official scorecards revealed that after Hunter’s urging to fight hard in the 10th round, Dogboe won it on all three judges’ sheets. And, that swayed two of them that had the former WBO jr. featherweight champ winning by only a point, to give him the split decision verdict.

We did the same review for Cabrera’s lopsided destruction of Flores, who seems to have hit his ceiling. I keep it real, as far as, where he is at in his career. Further, is it time for Flores to think about another career besides boxing. And, we also, rightfully give thoughts on Cabrera’s performance in improving to 21-0.

We finish u with the non-stop talk of a fight between Ryan Garcia and Gervonta Davis since Garcia’s recent win over Javier Fortuna and how it’s probably just that — talk.

Please give it a listen! Also: rate, review, subscribe and enjoy us on the Big Fight Weekend Podcast Feed!