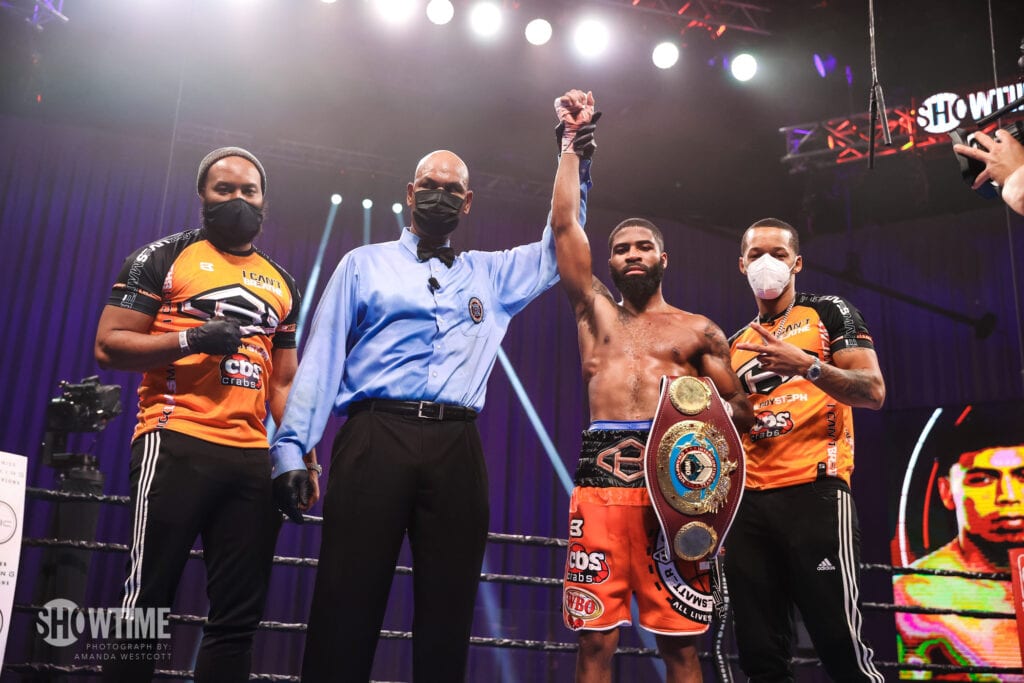 After His Saturday Win Plenty Of Options For Stephen Fulton

First, Fulton, 19-0, 8 KOs was impressive from the outset, winning nearly every round on all three judges scorecards on his way to the victory over the now former unbeaten champion (20-1) Leo.

Fulton repeatedly got the better of all the close-quarter exchanges and amazingly, through the middle rounds of the fight was averaging over 35 power punches landed every round, while assuming command.

Leo simply wasn’t flashy enough or fast enough to get in and out without getting hit, while Fulton laid-back at times and counter punched him with big time rights and lefts.

“I wore him down by attacking his body and pushing him back. I had to change the whole narrative, push him back and dropping those uppercuts in. That’s how I got the job done. From like the fifth round, that’s when I knew I was going to take off. I never got tired from engaging.

After a year off, I feel I did a good job but I could be a lot better, a lot sharper. I want Luis Nery, Brandon Figueroa. I want all the champions. I want to be undisputed.”

Fulton will obviously have the opportunity to fight WBC 122 lb champion, Nery. Nery was victorious over Aaron Alameda for the vacant WBC belt in the same Mohegan Sun “bubble” last September and is part of the Premier Boxing Champions stable. Thus, it means making a match up with Fulton easy to workout.

The other name being mentioned now for Fulton was the winner of the co-feature fight Saturday night at the Mohegan Sun Casino, and that is Michigan’s Ra’eese Aleem.

Aleem, now 18-0, 12 KOs took home the WBA interim 122 lb. Championship with his impressive 11th round TKO over Victor Pasillas. Aleem scored four knockdowns in the fight and the final one came in the second to last round for the stoppage.

Back to Fulton, it had to be particularly satisfying to get the win Saturday after having the Leo fight delayed by five months, because Fulton had tested positive for Covid-19 just days before the initial match up with Leo was scheduled last August.

Leo went ahead and won the vacant title over last-minute replacement Trumain Williams.

Ultimately, Fulton would probably want an Undisputed Title shot and that would have to come against Unbeaten (8-0) Murodjon Akhmadaliev of Uzbekistan, who has the WBA and IBF Super Bantamweight World titles,

That fight will be more problematic as Akhmadaliev is promoted by PBC rival Matchroom Boxing, and won’t likely fight Fulton or Nery anytime in the near future.