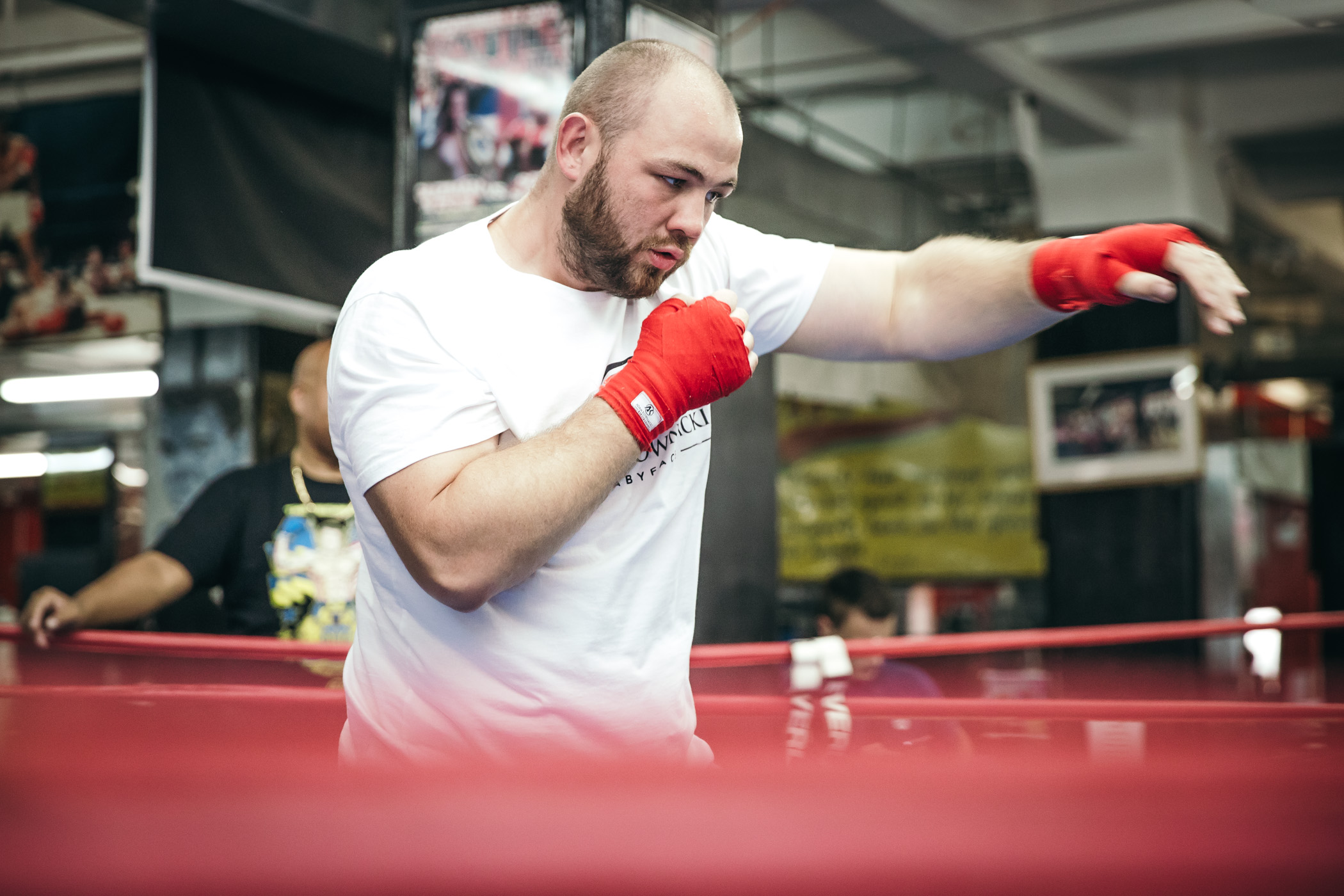 While it’s not the main event Saturday night at Barclays Center in Brooklyn, NY, popular New York heavyweight Adam Kownacki knows that he has to come off his two losses to fellow contender Robert Helenius with an impressive showing. However, knowing it and being able to do it are different things.

Sean of Top Heavyweights has his feelings on Kownacki’s 20-2, 15 KOs, return,

“Adam Kownacki is on the border of a different status in the division. He’s not an up and comer…If he were to lose this fight and keep fighting, he would enter the ‘opponent’ category.”

The defeats to the veteran Helenius obviously halted Kownacki’s “push” Premier Boxing Champions to a possible title shot. The first came in stunning fashion on a 4th round TKO in front of Kownacki’s thousands of fans at the same Barclays Center in March 2020. That bout saw him down several times and out on his feet from Helenius’ punching power.

Post-Covid 19 pandemic and the shutdown of the sport in 2020, the fighters and PBC put together the rematch for last October on the undercard of the third Tyson Fury-Deontay Wilder bout in Vegas. And, that was much of the same as Helenius battered Kownacki, knocking him down again and stopping him, again, in the 6th round this time.

Will the Turk, who lives and trains in Germany, do what Helenius was able to do and simply out-slug and overwhelm Kownacki?

And despite Kownacki having lived in the New York/New Jersey area since his teenage years and there being a large Polish population in those areas, Sean believes that Eren Cemirezen will have some backing too,

“It’s high drama and I’m sure a lot of Turkish New Yorkers in the area and Turkish Americans and of course people from Turkey will be following it very closely. If Demirezen wins this, he’s going to have a groundswell of Turkish support.”

Now, we’ll see if Kownacki is in better shape, has learned from the Helenius losses or is he in for another humbling night that sends his career, probably for good, off the biggest stages?

Matchroom Finalizes Usyk-Joshua II Undercard
Jose Benavidez Liking Underdog Role against Garcia
Advertisement
To Top
We use cookies to ensure that we give you the best experience on our website. If you continue to use this site we will assume that you are happy with it.OkPrivacy policy