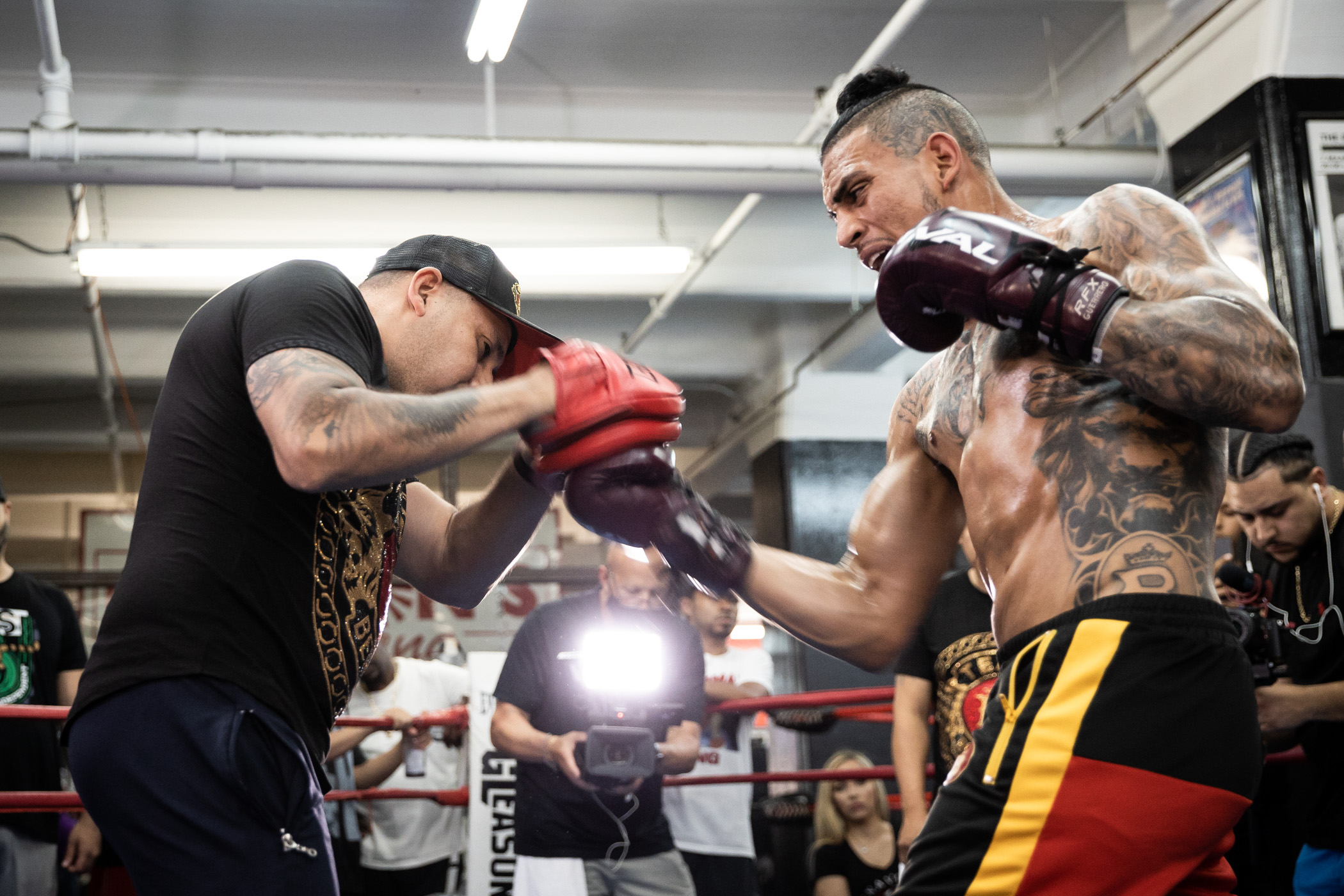 Coming up Saturday night in Brooklyn, NY, former world title challenger Jose Benavidez will clearly be the underdog in battling former two division world champ Danny Garcia in the Showtime Boxing/PBC main event. And, it’ something he’s looking forward to using as motivation.

Benavidez met with the media Wednesday after an open to the public workout in New York prior to their jr. middleweight main event,

Bringing the power to the big 🍎.@josebenavidezjr is in ring NOW on our IG 🔥

“I’m coming in with a bang. I take every fight like it’s the biggest fight of my life. I’m excited and I’m ready to go,” Benavidez said.

“I’m glad that Danny is confident. He’s going to find out on Saturday that 154 pounds isn’t for him. I fought Terence Crawford on one leg and gave him a fight. I know what I’m capable of and I’m going to fight like that.

“I’m not worried about what Danny is bringing. I know what I’m capable of. I trained hard and I’m doing this for my family.

“My leg feels great. The biggest thing with this camp is that I’m happy. For all of these other camps I’m far away from my family but this camp we did it back home in Seattle. I just feel like this is my time to shine.

“My last fight I was trying to do too much, and because of that, I didn’t do anything at all. Everything happens for a reason and I feel ready to fight. I know that I can beat the best at 154, it starts with Danny.”

Benavidez (27-1-1, 18 KOs), 30, of Phoenix, who is the older brother of interim super middleweight titlist David Benavidez, is 0-1-1 in his last two bouts. And he is referring to his career marred by a serious leg injury from a gunshot wound earlier in the 2010s. In 2018, Terence Crawford knocked him out in a welterweight title fight. Benavidez is also referring to his less than impressive majority draw with Francisco Emanuel Torres back in November. And, that, plus “Swift’s” pedigree, has him as the “B side” against Garcia.

It’s obvious that most of the attention will be on the 34 year old former champ Garcia (36-3, 21 KOs) of Philadelphia, who will fight at Barclays Center for the ninth time. And, he has been idle since a decision loss to unified welterweight titlist Errol Spence Jr. in December 2020.

Still, Benavidez is obviously, at least on paper, a threat. How much of one? Saturday night will tell us.