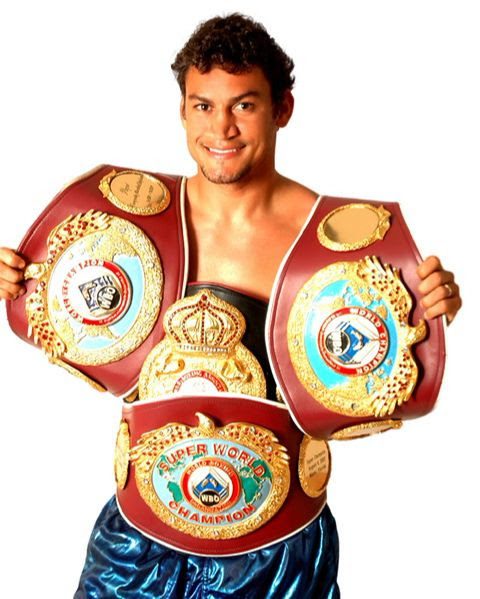 The MOST POPULAR FIGHTER IN BRAZILIAN HISTORY and former four-time, two-division world champion, Acelino “Popo” Freitas is on the 2021 International Boxing Hall of Fame Ballot.

Freitas exploded onto the scene when he won the original Boxcino Tournament in 1997.

Freitas, who was promoted by Banner Promotions, captured the WBO Junior Lightweight World Title with a first-round knockout over Anatoly Alexandrov on August 7, 1999, was able to start his career with a staggering 29 consecutive knockouts.

He defended the title 10-times and then became a unified champion as he added the WBA crown with a 12-round unanimous decision over Cuban Gold Medal winner Joel Casamayor.

The Brazilian native became widely popular, especially in his home country of Brazil, and became must-see TV, as evidenced by his memorable brawl when he climbed off the deck twice to comeback and stop Jorge Barrios in a bloody affair on August 9, 2003. That fight was the most-watched boxing match in South America.

Freitas, who throughout his title runs, was a staple on SHOWTIME Championship Boxing, retired with a Hall-of-Fame worthy record of 41-2 with 34 knockouts.

Following his career, Freitas has been a very influential figure in Brazilian politics as he served as a Senator. He has become a top boxing analyst in South America.

“Acelino was an amazing fighter who provided not only an incredible career when it came to winning and defending world titles, but he was the most exciting fighter with his incredible knockout prowess. I am so proud of him and extremely happy and fortunate to have promoted his career. He did as much for my career as I did for his,” said Freitas’ longtime promoter, Artie Pelullo of Banner Promotions.