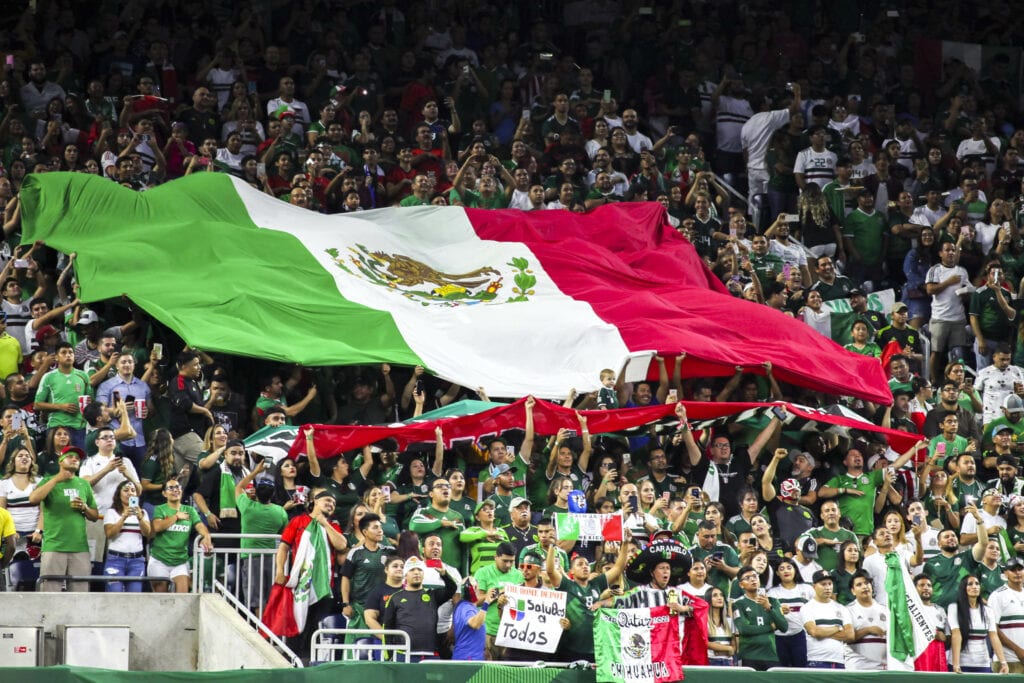 There’s always a fight that you can point to for a great champion, as his “coming-out party” for either the United States and/or worldwide audience. And, that was the case for Julio Cesar Chavez nearly 35 years ago, when he destroyed American contender, Roger Mayweather, in his debut on U.S. network TV.

July 7th, 1985, the Mexican born Chavez was the WBC Super Featherweight Champion and was about to make his second title defense. That’s when CBS TV along with Don King Productions put Chavez’s talents (having primarily only been seen in Mexico) in Las Vegas, NV, on their Saturday afternoon boxing slot.

Tim Ryan, Gil Clancy and Sugar Ray Leonard were on the call. And, this was a chance to introduce Chavez to the American audience against a known commodity in Mayweather, who was 21-2 and the former WBA 130 lbs. Champion, himself.

And, what they got was an explosive dominant show from the Mexican slugger that made him a household name almost everywhere, instantly. Relive the blowout win by Chavez as he repeatedly decked Mayweather before the fight was finally stopped:

Two things were obvious. First, Chavez threw thunderous punches that rocked Mayweather from the beginning of the second round. And two, referee Richard Steele screwed up not once, but twice, in not ruling knockdowns as knockdowns. And, therefore, at least giving Mayweather the mandatory 8-count break before sending him immediately back in front of the hard-punching Chavez.

The end finally came at 2:30 of the second round after the second official knocked down counted by Steele and that had Chavez following up with a barrage of rights and lefts. Steele finally jumped in between the fighters and saved Mayweather from further punishment that day with a TKO.

The win incredibly put Chavez at 47 – 0 at just one week shy of his 23rd birthday. Even more astounding, he would go on to amass 107 wins in his 25 year career and win World Titles in three different divisions.

As for Mayweather, he would continue to fight at a very high level after the first loss to Chavez and eventually, became the World Junior Welterweight Champion (140lbs.) with a knockout win over Rene Arredondo in November of 1987. He went on to four successful title defenses.

That led him back into a natural rematch with Chavez in May of 1989 with HBO televising from the then-home of the NBA L.A. Lakers “The Fabulous Forum” in Inglewood, CA. And, this time their battle was much more competitive and lasted all the way through the 10th round.

Mayweather not only took Chavez’s best left hooks and right crosses, he actually wobbled Chavez briefly on a couple of occasions with rights of his own.

Eventually, Chavez wore down Mayweather with some chopping shots to the body and more hard rights to the head and Mayweather retired on his stool before the 11th round.

We wrote previously this year about Chavez later fought Greg Haugen (1993) in Mexico City in front of the biggest crowd ever to see a boxing match anywhere (103,000+), as Chavez improved to a staggering 85 – 0 with a 5th round TKO.

As for Mayweather, would continue fighting all the way until 1999 and finish with a 59 – 13 record. The uncle of the legendary Floyd “Money” Mayweather became a trainer for many years in the sport including briefly, for Mayweather Jr. for some time in the 2000s.

As for Chavez he was the Ring Magazine “Best Pound-for-Pound” fighter for four years in a row from 1990 – 93 and eventually, was put into the International Boxing Hall of Fame in 2011.

And for most big time fight fans, they saw him first in a KO destruction of Roger Mayweather three decades ago.