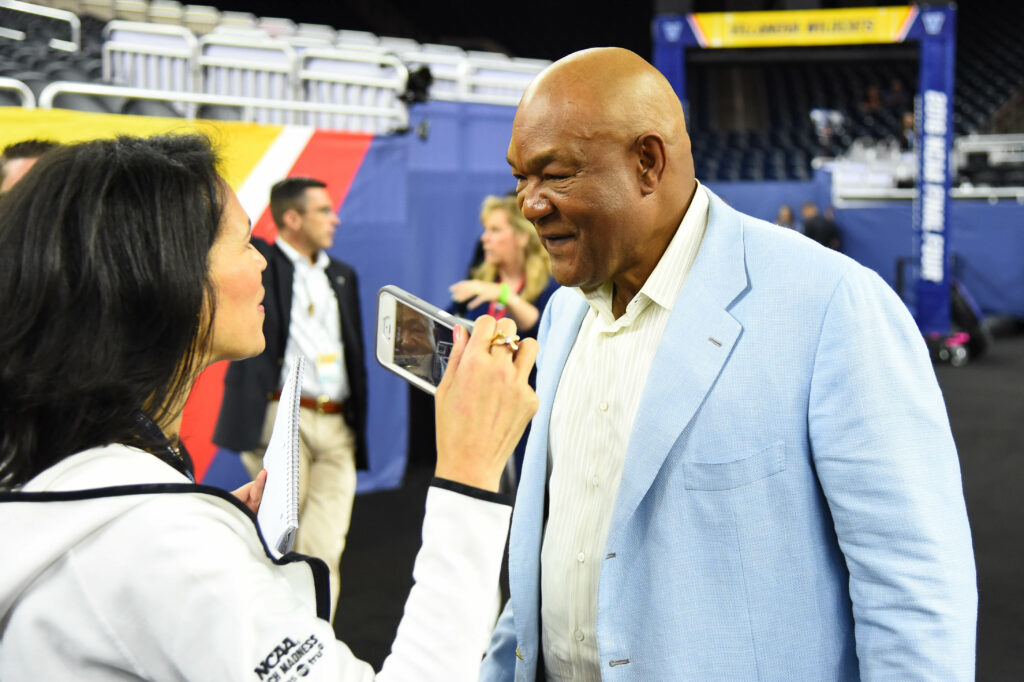 November 5, 1994, was a night for the ages as George Foreman defeated Michael Moorer to become the oldest heavyweight champion in history. The belts on the line were the WBA, IBF, and Lineal heavyweight titles for the fight, which took place at the MGM Grand Casino in Las Vegas, Nevada.

This championship bout was aired on HBO. Usually, Foreman would be alongside Jim Lampley and Larry Merchant and unofficial scorer Harold Lederman calling fights during this period. HBO replaced Foreman, who was in action ringside with boxing broadcast legend Gil Clancy.

Moorer was the newly crowned champion defeating Evander Holyfield in a close decision in April of that year. This bout against the older Foreman was his 1st defense. Foreman was on the comeback trail at this stage and coming off a defeat against Tommy Morrison in 1993.  By all accounts, this was supposed to be the end of the line for “Big George,” and this match was to seal it.

Once the fight was underway, it looked just like that. 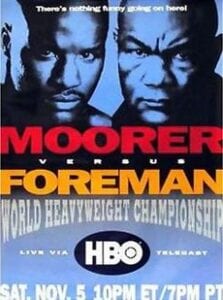 Foreman vs Moorer 10th rd ko https://t.co/YW0vTT7bH2 via @YouTube 25 years ago I recaptured the world title. A Joy that stays in place for me. Reminding all to Fight till the last bell rings

The younger Moorer, who was a 3 to 1 betting favorite over the much older Foreman, was boxing his way through the entire fight. That was until the tenth round when Foreman lands a right that sent Moorer down for the count and didn’t beat the ten count.

“Down goes Moorer on a right hand! An unbelievably close-in right-hand shot! It happened! It happened!” by Lampley most signature calls in the history of HBO Boxing.

The right Foreman landed, he said, was key to the victory, and the knockdown is one of the most iconic in his career because of it.

“I knew it would be a knockout—in the 11th round, I thought. I knew if I could hit him with a right hand and get a little body English in it, he would not get up,” Foreman said after the fight to Sports Illustrated that would appear in their November 1994 issue after the fight.

Foreman, with the victory at age 45, became the oldest champion in history, surpassing the prior record by Jersey Joe Wolcott at 37 when he became a champ in 1951. After the contest, Foreman was ordered to defend the title against Tony Tucker but instead took on Axel Schultz to avoid deal with Don King, who was promoted under Tucker at the time. Foreman taking on Schultz led to the WBA stripping him of the title. After closely defeating Schultz, the IBF ordered a rematch which Foreman refused, and they stripped him of that belt. Foreman was still the lineal champion until his last defeat against Shannon Briggs in 1997.

But on this day, Foreman was a heavyweight champion of the world, something he had chased to become again for 20 years. Relive that magical night in its entirety below.