On June 13, 1935, at the Madison Square Garden Bowl, Long Island City, Queens, New York, 29,366 patrons witnessed what many to this day still believe is the most historic boxing upsets in the history of boxing. James Braddock beat World Heavyweight champion Max Baer by unanimous decision over fifteen rounds in a contest he came into as a 10 to 1 underdog. 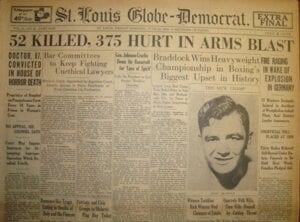 Braddock’s backstory and travels leading into the fight is something out of a Disney movie. However, the man later named the “Cinderella Man” went into this fight originally as stepping stone for Baer.

This bout was Baer’s first title defense of the belt since winning it from Primo Carnera in June of 1934. The reason why Baer was such a favorite was in capturing the title from Carnera; he knocked him down 7 to 12 times in that contest before the referee stopped it. In the eleventh round.

The handlers of Baer figured that despite Braddock compiling up victories against contender at the time John Charles “Com” Griffin and future heavyweight champion John Henry Lewis, labeled Braddock as a journeyman and with a record of 49-25-7, it would be hard not to see why. This fight for Baer was just a stopgap for him on his way to a mega battle with global implications with Joe Louis.

Then that’s when the bell rang, and Braddock decided to change plans.

Braddock started early by landing solid jabs and bunches of power shots to Baer. When Braddock landed, Baer would drop his hands and sneer instead of trying to counter and attack. It seemed that Baer had hardly trained for the fight and did not Braddock seriously, which worked throughout the match be his downfall.

Braddock was able to establish his fight plan with relative ease. He threw in rights to the body, switched ring position continuously, landed stiff jabs, ignored Baer’s antics, and piled up points while controlling the fight. 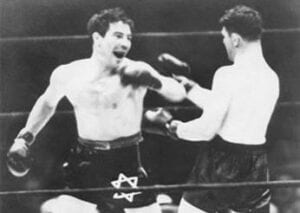 On the other hand, for Baer, it was written in a RingTV.com article:

“Baer was playing a dangerous game of chicken with himself; how long would it be before he let his big guns go and rid himself of this stubborn challenger? The longer he waited and the more he clowned, the reality of his situation became more clear: Baer was frittering away the greatest prize in sports.”

After fifteen rounds, it went to the scorecards, and the judges gave the bout to Braddock 9-5,11-4 and the one judge with 7-7-1 crowning him the new heavyweight champion. He was scheduled to take on Max Schmeling in his first defense but was canceled in 1936. One of the reasons being the payout he would have received would’ve only been a $25,000 purse against Schmeling, as opposed to $250,000 that Joe Louis received against him. He would later lose the title to Joe Louis on June 22, 1937.

On this night, however, Cinderella Man danced his way to one of boxing’s greatest upsets.